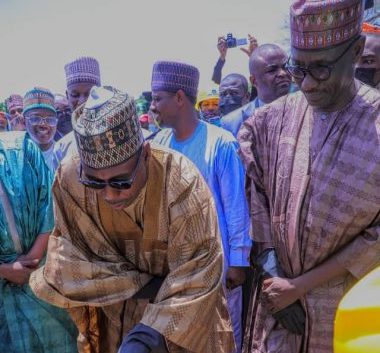 The Federal Government on Thursday began the construction of a 50 megawatts gas power plant for supply of electricity to Maiduguri and environs.

The News Agency of Nigeria reports that the power plant project was approved by President Muhammadu Buhari.

This followed the continuous attack on power supply lines from the national grid to Maiduguri, which has put the city and environs in total blackout for the past nine months.

Speaking at the ground breaking ceremony in Maiduguri, Governor Babagana Zulum said the project would be executed by the Nigeria National Petroleum Company in collaboration with Chinese and American firms.

He said the project would bring a significant relief to the people of Borno State.

Zulum said the plant would impact positively on socio-economic activities of the state, which has been adversely affected.

He assured residents of the commitment of his administration to work with all stakeholders to ensure the successful completion of the project in the stipulated six months timeframe.

He expressed the appreciation of the government and people of Borno State to President Buhari and the NNPC for the sustained concern and support to the people.

In his remarks, the Group Managing Director of the NNPC, Mele Kyari, gave the assurance that the project would be delivered in good time.

Kyari said orders has already been placed for turbine and other facilities for the project.