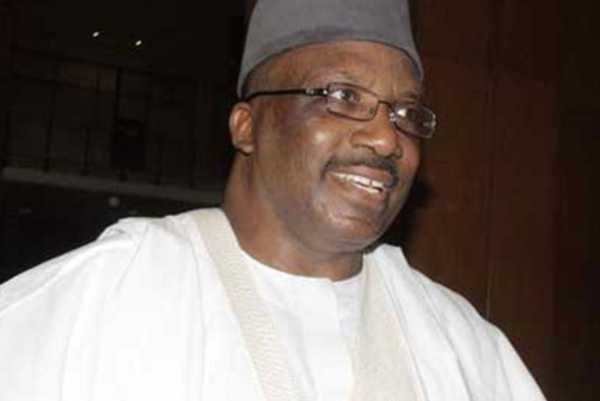 Share
Facebook Twitter LinkedIn Pinterest Email
The Minister of Interior Lieutenant General (retd) Abdulrahman Bello Dambazau, has said Nigeria is collaborating with the UNHCR through the Technical Working Group to actualize the voluntary repatriation of the refugees in safety and dignity.
Dambazau disclosed this during the opening ceremony of the Technical Session of the Second Regional Protection Dialogue on the Lake Chad Basin holding in Abuja.
Represented by the Permanent Secretary of the Ministry, Dr. Mohammed Bello Umar, the Minister said in line with international best practices, biometric capturing of IDPs/Nigerian returnees from Chad, Cameroon and Niger was conducted before resettling them.
While enumerating the Federal Government’s achievements on the 2016 action statement, Dambazau stated government has ensured ongoing capacity building workshops on strengthening state actors’ response to sexual and gender based violence in sexual agencies in four states: Adamawa, Bauchi, Borno and Gombe.
He said further that a tripartite agreement for voluntary repatriation of Nigerian refugees in Cameroon was signed in March 2017, adding that Nigerian military and para-military agencies have collaborated in providing escorts to and during relief material distribution in the affected areas.
General Dambazau emphasized that a lot was being done to provide care, maintenance and livelihoods support to refugees and Internally Displaced Persons in different parts of the country.
In her speech at the occasion, the Federal Commissioner for Refugees, Migrants and Internally Displaced Persons, Hajiya Sadiya Farouq, said the Commission has increased the pace of registration, documentation and addressing of nationality issues of affected persons, adding: “Especially the new arrivals from Cameroon.”
Farouq said: “We have equally developed the Convention Travel Document for Refugees to take the routine refugees status determination to a higher level. We have established new field offices and expanded existing ones in the six geopolitical zones of the country in order to enhance our capacity to provide protection and support services to persons of concern wherever they may be in Nigeria.
Farouq noted that significant progress has been made in ending the Boko Haram insurgency.
According to her, Nigeria had demonstrated its commitment to implementing the Abuja Action Summit.
The Abuja Action Statement on Protection was declared and adopted in June 2016
Four nations in the Lake Chad Basin region namely: Nigeria, Niger, Chad and Cameroon Republics, under the technical facilitation of the UNHCR jointly agreed to address the needs of refugees.
The four nations agreed to proactively enhance protection and respond to the urgent needs of refugees, IDPs and other affected populations in the region.
Post Views: 0
Abdulrahman Bello Dambazau cameroon Mohammed Bello Umar Sadiya Farouq UNHCR
Share. Facebook Twitter Pinterest LinkedIn Tumblr Email