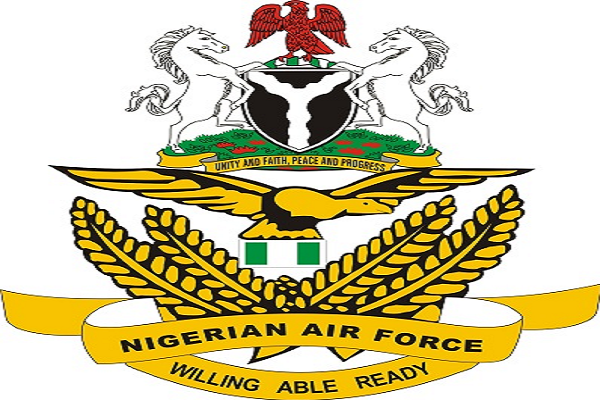 The Federal Government has approved the establishment of an Air Force Ground Training Command in the South East region of the country.
The Chief of the Air Staff, Nigerian Air Force, Air Marshal Sadique Abubakar, said this on Wednesday in Enugu at the ground breaking ceremony.
Abubakar, who said that the approval was received earlier in the year, also paid a courtesy visit on Governor Ifeanyi Ugwuanyi of Enugu.
He said that the new command along with other units across the country would add value to the task of ensuring Nigeria’s territorial security.
He said that the new command, which would be give accelerated attention, would have a referral hospital to cater for the health needs of the personnel and host communities.
Abubakar said: “The base will take off immediately because there are so many intervention works that will be carried out in the next six months at the new site.
“We hope to establish a referral hospital that will cater for our personnel and host communities.”
Abubakar also said that the Air Force Secondary School in Enugu would be upgraded and the infrastructure expanded with a special intervention fund.
He said: “We are working hard to see that the ground training command takes off very soon as well as get our forces deployed as quickly as possible.
“We will continue to work together with other security agencies to ensure that our people are safe.”
The air marshal said that the major hindrance to the take-off of the project was accommodation, which according to him the state government was helping to sort out.
Abubakar said that the Air Force Command in Enugu was very strategic, adding that along with their quick response team in Owerri, the new base could add value to their mandate of contributing to the security of lives and property in the South East region.
Responding, Ugwuanyi said that his administration appreciated the cordial relationship it had with the force.
The governor said that the relationship had blossomed and yielded mutual assistance.
He commended the Air force for the establishment of the ground training command headquarters in the state, adding that his administration would continue to support their activities.
Ugwuanyi, however, reiterated his appeal for the Air Force to relinquish one of its landed property located close to the Akanu Ibiam International Airport, Emene, Enugu.
He said that his administration was willing to allocate another parcel of land to the force to enable an investor use the land.
The governor said that the management of Air Peace Nig. Ltd. was interested in establishing aircraft maintenance facility at the site proximate to the airport.
He said: “We seek for your approval to allow the government takes over that piece of land near the airport.”
Ugwuanyi said that the facility to be cited at the site would make the airport meet up to world standard.