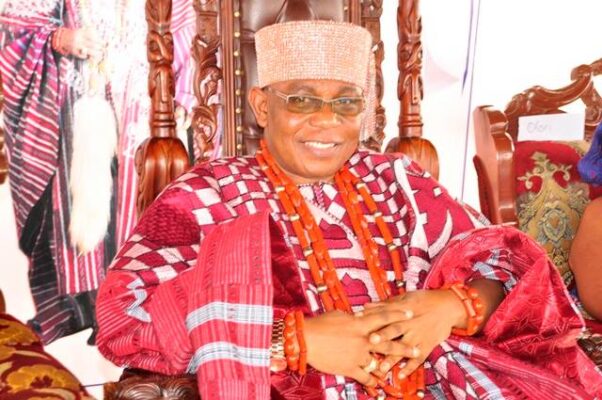 Economic activities in Akure town in Ondo State were grounded on Friday as every shop and store in the ancient town was under lock and key in reverence for the annual Amole Festival.
The News Agency of Nigeria reports that the Deji of Akure, Oba Ogunlade Aladelusi, had ordered the closure of markets, shops and malls in the town because of the festival.
NAN gathered that though there was human and vehicular movement, the ever-busy markets in the town such as the Erekesan, Odo Ikoyi, Isikan and Arakale, were deserted in adherence to the order of the monarch.
The only institutions that were allowed to open were banks, petrol stations and government offices.
Some of the people who spoke with NAN expressed divergent views on the order of the monarch.
Deborah Fakorede, the proprietress of Bright Track Nursery and Primary School, Shasha, Akure, said though the festival had been a long standing tradition, it should be modified not to hinder economic activities and people’s programmes.
Fakorede said the festival always causes panic buying on its eve, leading to high cost of goods and services.
She said: “It caused rowdiness yesterday because people wanted to buy goods and food items for today’s use.
“People had to pay more.
“And tomorrow, which is Saturday, is the monthly environmental sanitation day, making people to hurriedly get their needs yesterday at high costs.
“It will be Monday before things go back to normal.”
Similarly, Oluwatosin Akinola, said the festival should have been taken over by civilisation and modernisation.
Akinola described the festival as harmful to those who depend on their daily economic activity for survival.
She added that it had become a habit for some miscreants to hide under the festival and use the occasion to loot shops that are mistakenly opened for sales.
She said: “Some people use the occasion to forcefully take the goods of some business owners who are not aware of the monarch’s order.
“Besides, some people rely on daily economic activities for daily survival.”
Seye Abdullahi, a retiree, noted that observance of the festival, which is once annually, was normal.
Abdullahi, however, stated that there should be more publicity, and that its celebration should not have negative effect on the populace.
In his response, Chief Taiwo Fadipe, one of the senior chiefs in Akure, said the festival was significant in the land because it heralds the new year.
Fadipe said: “It is a festival that heralds new yam in Akure.
“In the olden days, you would not be permitted to bring in new yams to markets for sale until the festival is observed.
“Deji is expected to eat new yam midnight today and today nobody is expected to open shop.
“Even in the palace today, you don’t cook.”
Fadipe, who is the Isele of Akure, noted that the celebration of the festival was also an avenue for traders and market women to rest, having worked all through the year.
He said the monarch would be in his domain praying for peace.
According to him, nobody is expected to go against the closure order.
He debunked allegations of palace guards using the excuse of the celebration to loot.
He said: “There have been announcements on radio and television in the last one week to create awareness of the festival
“There is an order that must be obeyed and if anybody goes against the law of the land and some people try to ensure enforcement, it should not be termed as looting.”
The chief also explained that there was a standing order that whatever was taken from defaulters should be taken to the palace for the owner to collect without paying any fine.
NAN.