FERMA speaks on rehabilitation of failed portions of Ibadan-Oyo Road 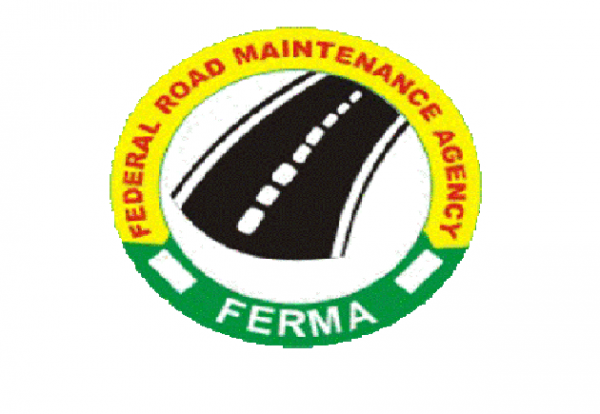 Share
Facebook Twitter LinkedIn Pinterest Email
Rehabilitation of failed portions of the 44.5 km Ibadan-Oyo Road has reached 75 per cent completion, a Federal Roads Maintenance Agency official in Oyo State said on Friday.
Babatunde Ige, the State Coordinator of FERMA, told newsmen in Alakaara-Oyo that ongoing rehabilitation work on the road would be completed before Christmas.
Ige added that the completion would put an end to the untold hardship being experienced by motorists using the road.
The News Agency of Nigeria (NAN) reports that the Ibadan-Oyo dual carriageway is a section of the Ibadan-Ilorin carriageway (North-South).
It is the main route for moving imported goods from Lagos through Ibadan to the northern part of the country.
Ice said: “The road was completed and handed over to FERMA by the Federal Ministry of Works in 2012.
“The ongoing rehabilitation work began in early December as directed by the FERMA management, to make the road passable and ease vehicular movement during the yuletide period.
“I assure all motorists plying this road that there will be free and smooth vehicular movement on this road henceforth.
“Also, this intervention will ameliorate the suffering of motorists plying this road and increase economic activities along the route corridor.
“The quality of rehabilitation work going on will make the road last and we implore all road users to support the agency in its efforts at maintaining the road.”
Meanwhile, some motorists who spoke with NAN on the rehabilitation work commended the Federal Government for the intervention.
A motorist, Eniayemo Kehinde, implored the Federal Government to ensure that only competent construction companies handle road projects in the country.
Kehinde lamented the fact that the Ibadan-Oyo Road project, which was worth billions of Naira and completed only a few years ago, had gone so bad within a short time.
He, however, lauded government’s efforts at making the road passable again.
Another driver, Malam Sule Yahaya, commended the Buhari administration for the quick intervention on the road.
Yahaya said the road had claimed many lives and property running into billions of Naira have been wasted due to its deplorable condition in the last one year.
NAN recalls that the Senate Committee on Works on November 13 expressed dissatisfaction with the work done by the construction company, PW Construction Company, during its oversight function to Oyo State.
The committee’s Chairman, Senator Kabiru Gaya, had vowed to summon the company to give an explanation on the job done.
Post Views: 0
Babatunde Ige FERMA Ibadan-Oyo Road Oyo State
Share. Facebook Twitter Pinterest LinkedIn Tumblr Email