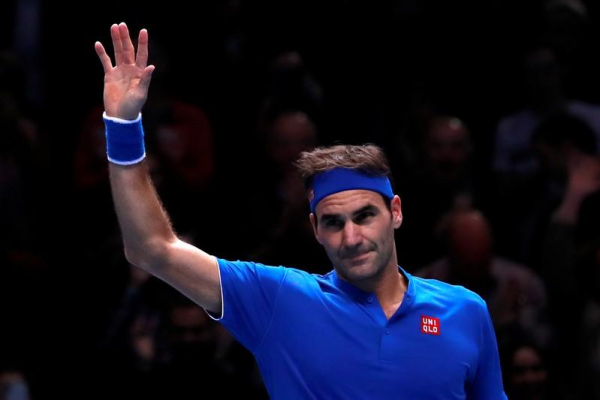 Roger Federer believes his Wimbledon quarter-final opponent Kei Nishikori is ready to challenge for Grand Slams, after the Japanese number one seems to have found a way to reach the latter stages without getting tangled up in marathon matches.
For the fourth time in his career, the eighth-seeded Japanese has dropped one set or less en route to the quarter-finals of a major championship.
Nishikori has slipped under the radar this fortnight, having dropped just one set and spent less than nine hours on the court.
With nothing left in the tank, Nishikori won just five games against Rafael Nadal in their Roland Garros quarter-final last month, but Federer expects to face a tougher prospect when he looks across the net on Wednesday.
“I think it’s going to be tough,” Federer said. “He’s getting into quarters with a lot of energy.
“I remember some of the slams recently he arrived into the later stages… with maybe some tough matches going into it. So far it’s been really easy for him.
“I think he’s ready. I’m a big fan of his game. I think he’s got one of the best backhands in the game that we have right now. He’s a great return player. Solid mentally. I always thought he was a great talent.”
Nishikori knows he has his work cut out against Federer, who is chasing his ninth Wimbledon title.
“I’m sure that I have to play good tennis to beat Roger, because he’s the best player on the grass,” Nishikori said.
“I’m happy to be playing Roger now because I think I’m in good shape now. I know it’s not going to be easy but I will enjoy it for sure.”
Reuters/NAN.