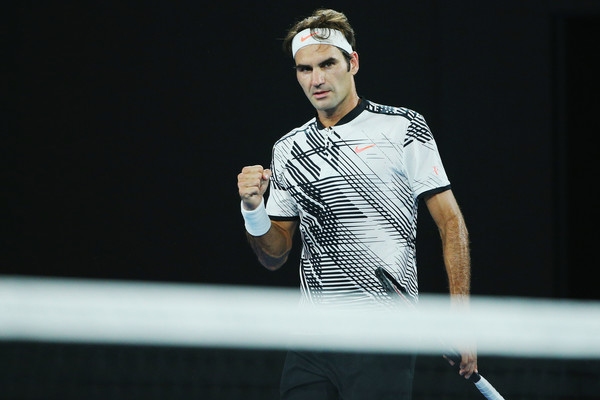 Roger Federer has secured his place in the ATP Finals for a record 15th time after the Swiss world number three won a record eighth Wimbledon title on Sunday, the Association of Tennis Professionals confirmed on Monday.
By this remarkable feat, the 35-year-old six-time champion joins French Open winner, Rafa Nadal, in the season-ending tournament at the O2 Arena in London later in the year in London.
The Swiss tennis ace had played in the event for a record 14 consecutive years from 2002-15 before missing out last year through injury.
“I look forward to returning to London in November,” Federer said. “I was sad not to be able to compete last year as I love playing there and had not missed the event since 2002”.
The 19-times grand slam winner has won five tournaments this year, including the Australian Open.
And is on target to return to the top of the world rankings for the first time since 2012 if he maintains the form that has earned him a 31-2 record.
Federer and Nadal will be joined at the November 12 to November 19 event by the remainder of the top eight players in the Race to London standings following the Paris Masters.