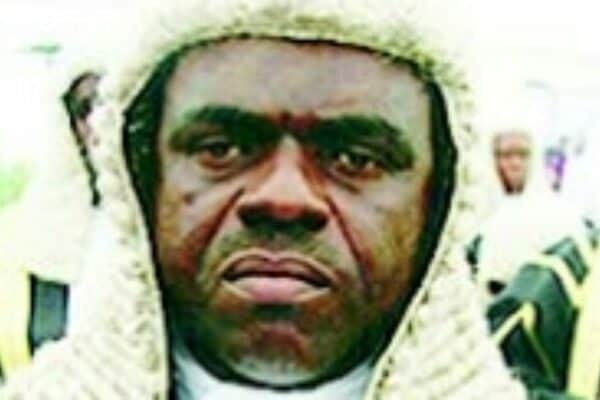 The Chief Judge of the Federal High Court of Nigeria, Hon. Justice Adamu Abdu-Kafarati, is due for retirement. He became a Judge of the Federal High Court on October 31, 1991.
Justice Abdu-Kafarati will leave the Bench by July 25, 2019 on attainment of the mandatory statutory retirement age of 65 years. This will predictably pave way for Hon. Justice John Terhemba Tsoho, who was born on June 24, 1959, to emerge as the next Chief Judge.
Tsoho is currently the second-in-command in the hierarchy of Federal High Court Judges. Therefore, on the basis of his seniority, he is expected to be made the next Chief Judge of the Federal High Court this month.
It is established tradition and policy that appointment into the office of the Chief Judge of the Federal High Court of Nigeria is strictly based on order of seniority, except the most senior person is of questionable conduct, on the recommendation of the National Judicial Council, but subject to approval by the appointing authority, the President. The retirement age for judges of the Federal High Court, including the Chief Judge, is on attainment of the statutory age of 65 years.
Appointment as a judge of the Federal High Court is based on the attainment of at least 10 years of active legal practice in Nigeria,after being called to the Nigerian Bar.
Tsoho is currently in Court No.2 of the Federal High Court, Abuja. The ability of Tsoho to effectively manage his Court at all times is not in doubt. He usually displays very calm and courteous disposition towards counsel, jurors, witnesses and parties. He has a reputation of patiently listening to all sides that canvass arguments before him and gives a bold and balanced verdict, which is a very commendable attribute of a Judge.
He has consistently exhibited patience, brilliance, open-mindedness, courtesy, tact, courage, punctuality, firmness, understanding, compassion and humility  in the discharge of his duties. This is obvious for all to see.
His forbearance under provocation is highly commendable, as he handles personal stress without visiting it on others. He sees criticism and scrutiny as inherent in his position.
Justice Tsoho’s ability in knowing and applying the law, rules and procedures to different facts and circumstances and his ability to quickly perceive or discern new concepts and ideas is another great asset, as there is no doubt about his general professional competence.
He has maintained uncommon standard of ethical conduct that stands him out, both in the general public and among his professional colleagues.
In line with the Muhammadu Buhari Administration’s fight for a better nation and corruption free society, Justice John Tsoho will do better because his courage and integrity are not in doubt. It is known that Legal “Courage” is “the willingness to do what the law requires the judge to do, though the course the judge must follow is not the popular one”.  “Integrity” is not being influenced by the identity, race, gender, political status, wealth or relationship of the parties or lawyers before the judge.
It is evident that Justice John Tsoho will be a Chief Judge with robust physical and mental health to perform the duties of his office. That he will render vigorous and effective service in the foreseeable future. He also has the ability to cope with conflict, pressure and stress.
Above all, His Lordship is of impeccable  character. He has a positive reputation in all his professional and community circles. His background is free of any references to immorality or indiscretions. He has no  history of substance abuse or substance dependence and free of any insinuations domestic violence. He has never been associated with publicly unacceptable conduct. Even his worst adversaries cannot contradict this.
. Kehinde is a Publisher and Public Affairs Analyst based in Abuja, Nigeria. You can reach him via [email protected].