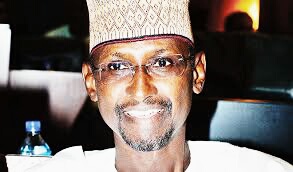 The Minister of the Federal Capital Territory, Malam Muhammed Bello, has called on the Federal Government to increase the tax of fast food industries by 2 to 3 per cent.
This was contained in a statement signed by the Minister’s Public Relations Officer, Grace Zamani, on Friday in Abuja.
The PRO quoted the minister as having made the statement during a meeting he held with members of the Association of Fast Food and Confectioners Nigeria in Abuja.
Bello, who was represented by Hajiya Safiya Umar, the Acting Coordinator, Abuja Metropolitan Management Council, said the increase would generate millions of money to stimulate the economy.
According to him, it has been revealed that the fast food business is worth about N250 billion, with a growth potential next only to petroleum industry.
On the environment, Bello disclosed that his administration had embarked on an intensive clean-up of the FCT.
He said the exercise was aimed to root out street hawkers, artisans, beggars, illegal markets and other miscreants in the territory.
The minister said the meeting had enabled his administration to be aware of the presence of AFFCON in the territory.
Bello said: “It is pertinent to know the source and process of preparation of every food sold on the streets before eating it.
“In as much as everyone needs to eat food as well as sell food, siting of eateries should be planned well.”
Bello urged the Executives of AFFCON to organise all the food sellers in the territory to discuss and come up with the ways they would abide with the regulations of their business.
The minister further called on AFFCON to, as a matter of urgency, collate the data of all the food sellers in the city, draft their constitution and speak with one voice concerning their challenges.
Also speaking, Hamza Madaki, the Director, Development Control, expressed dismay over the way most canteens discharged their waste and blocked sewage.
Madaki advised AFFCON to sensitise its members on the right channel to discharge their wastes.
The director said dirty water from hotels should be channelled properly to help safe the structures built within the city and make it what it should be.
Madaki also urged members of the association to stop converting buildings within the city to eateries, canteens and disco halls.
He said such action caused a lot of environmental disturbance to the neighbourhood.
The director also stressed the need for members of AFFCON to be law-abiding and be partners in progress in the government’s effort to make FCT more befitting.
Earlier, the Chairperson of AFFCON, Abuja Chapter, Latifat Balogun, said the body in the city was willing to partner with the FCTA and the Federal Government.
Balogun said the partnership would help revive the present economic downturn of the country and attract investors to the food industry.
She said in the cause of the business, members of the association faced several challenges, which if not checked could cripple their business.
The AFFCON boss identified the challenges as inadequate power supply, multiple taxation, numerous tax levies and expenses, illegal competitors, attitude and high handedness of FCT staff and Agents/Consultants.
Balogun said: “In order to facilitate smooth partnership with the FCT Administration, the association solicits for re-constitution of Trade Task Force.
“Furthermore, to facilitate smooth relationship between the government and the association, AFFCON is pleading for adequate information and modalities among others, when making decisions that affect tax changes.”
AFFCON is a Non-Governmental Organisation whose interest is to maintain international standard in the fast foods, confectioners and allied industry in Nigeria.
It is an umbrella body of quick service restaurants in Nigeria.