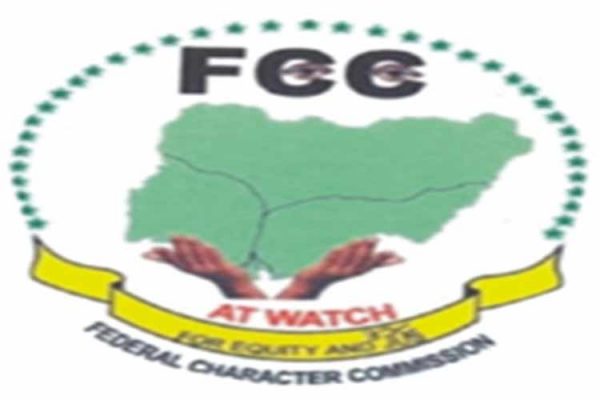 The Federal Character Commission says it has set up six ad hoc committees to audit nominal rolls of Federal Ministries, Departments and Agencies.

This followed the resolution of the FCC Board to audit nominal rolls of MDAs to ascertain their level of compliance with the principle of federal character pursuant to Section 4(2)(3)&(4) of FCC Act.

The resolution was contained in a statement made available to newsmen on Tuesday in Abuja by Dipo Akinsola, the Director of Public Affairs and Communications of the Commission.

He said the FCC took the decision at a plenary chaired by the Executive Chairman of the commission, Dr. Muheeba Dankaka.

Akinsola said the Commission resolved to set up the six ad hoc committees to look into the activities of all government agencies to ensure compliance with federal character principles.

He said: “The Commission regrets that the non-observance of due process in filling vacant positions by the MDAs is affecting President Muhammadu Buhari’s vision of uniting Nigerians through creating equal opportunities.

“The resultant effect of this has created an atmosphere of suspicion and imbalance in the country.

“In this vein, pursuant to Section 4(2)(3)&(4) of the Federal Character Commission (Establishment Act), six ad hoc committees has been set up.”

He listed the terms of reference of the committees to include ascertaining all Certificates of Compliance issued from January 2019 to date.

He said the committees, expected to conclude the assignments within three weeks.

Akinsola said the Executive Chairman charged the committees to discharge the assignments in the best interest of the citizenry.

He said Dankaka equally enjoined the Chief Executives of the MDAs to give the committees maximum cooperation as they (committees) were not constituted to witch-hunt anyone.

Riches of the Land, a solo art exhibition by Judah Jibrin