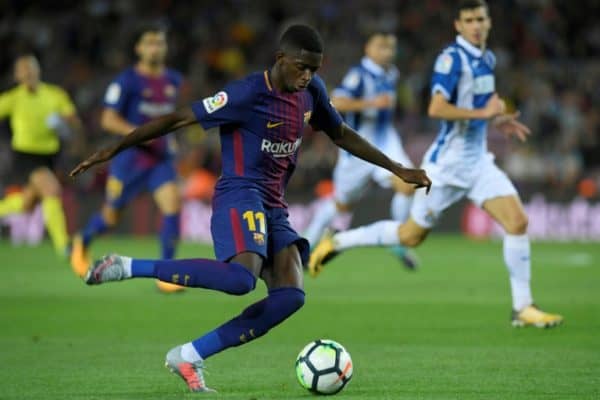 FC Barcelona on Wednesday announced that forward Ousmane Dembele would undergo surgery on his injured knee in Finland next Monday.

The 24-year-old sustained the damage after coming on as a substitute in France’s 1-1 Euro 2020 draw with Hungary on Saturday.

He managed just 30 minutes before being replaced by Thomas Lemar.

France confirmed on Monday that Dembele would play no further part in the tournament.

Further tests carried out by Barca on Tuesday revealed a dislocation of the biceps tendon in his right knee.

Providing another update on their official website on Wednesday, a FC Barcelona statement read: “Ousmane Dembele is to undergo surgery on June 28 in Turku, Finland.

“Dr Lasse Lempainen will be performing the operation on the Frenchman’s dislocated biceps tendon in his right knee, under the watchful eye of the FC Barcelona medical services.”

While no timetable was provided for Dembele’s recovery, reports in the Spanish media suggest he could be sidelined for three to four months.

He took to social media on Tuesday to thank well-wishers and vowed to come back stronger from his latest injury lay-off.

“Hi all, as you may have read or heard here and there, it is time for me to leave the France team,” he posted on Instagram.

“It’s just a goodbye as they say! I will come back even stronger as I always have. The challenges make me grow.”

Dembele’s career since his move to Barca from Borussia Dortmund four years ago has been blighted by injury setbacks.

The 24-year-old has managed just 54 La Liga starts in four seasons at Camp Nou, while last season he completed 90 minutes in the league on just five occasions.

FC Barcelona have strengthened their attacking options for the 2021/2022 season with the additions of Sergio Aguero and Memphis Depay, both forwards, joining on free transfers.