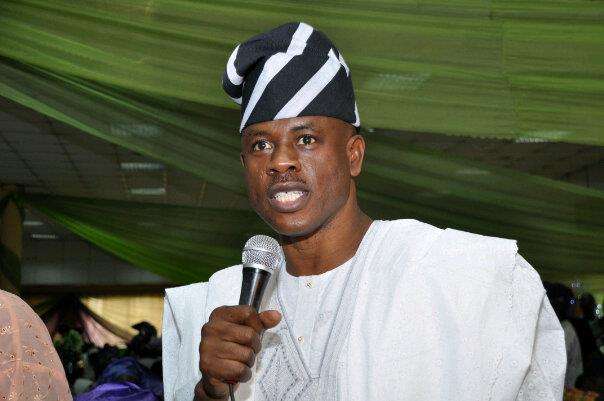 The trial of the immediate past Governor of Ekiti State, Ayodele Fayose, resumed on Monday before a Federal High Court, Lagos, with a prosecution witness, Senator Musiliu Obanikoro, admitting he was suspected and investigated.
Obanikoro, a former Minister of State for Defence, was cross-examined by defence counsel, Chief Kanu Agabi (SAN).
Fayose was arraigned by the Economic and Financial Crimes Commission on October 22, 2018, alongside his company, Spotless Investment Ltd. on an 11-count charge bordering on N6.9 billion fraud.
He pleaded not guilty to the charge, and was granted bail in the sum of N50 million with one surety in like sum.
The EFCC opened its case on November 19, 2018, and has so far called five witnesses.
Obanikoro, the fifth prosecution witness, began evidence on January 21, saying that Fayose received five million dollars and some amounts of naira from the impress account of a former National Security Adviser Col. Sambo Dasuki, in June 2014.
The court adjourned until Monday for his cross-examination.
Rotimi Jacobs (SAN) appeared for the EFCC on Monday while Agabi and Olalekan Ojo (SAN) represented Fayose and Spotless Investment, respectively.
On cross-examination by Agabi, Obanikoro admitted that there was a long time between when he was invited for evidence and when he finally came.
He also admitted that he was a suspect and investigated when he made a statement to the EFCC.
When told that he made the statement in self-defence, he said: “I gave evidence of what transpired; I was stating the truth and nothing but the truth”.
He testified that he was investigated about funds disbursed through the Office of the National Security Adviser.
He said: “I was in custody for 21 days.”
When asked how many statement he made when in custody, the witness replied that he made several statements but could not remember how many.
He told the court that his investigation did not result in confiscation of his property.
When told that, from his statement, he did not say that the accused requested him to contact the NSA, he said:  “That is correct”.
He admitted that N1.3 billion was brought in bullion van by Diamond Bank on the instruction of the NSA.
Obanikoro testified that his statement -Exhibit G – was made in answer to a petition against him by the NSA, complaining that a company, Silver Macnamara, collected funds for which no contract was executed.
The witness said that the former NSA orally requested him to furnish that account.
“If that was the case, why would the NSA turn around to petition you,” Agabi asked.
Obanikoro told the court that it was not Dasuki but the current NSA who petitioned him.
He told the court that he was aware that his son, Gbolahan aged, 33, paid  N20, 000, into the account of Silver Macnamara in 2012.
“Look at other disbursements and tell the court if some of them are from members of your family,” Agabi told the witness, who replied that he could only see his name.
Obanikoro testified that N74,000 was  the balance in that account before June 5, 2014, when N200 million was paid into it.
“I put it to you that you were the owner of the funds in the account,” Agabi said, but the witness replied:  “That’s not true, that’s not correct”.
Under cross-examination by Ojo, Obanikoro told the court that the money in the account of silver Macnamara was kept in a bank and not in his custody.
“You agreed to return the sum of N200 million to the government of Nigeria,” Ojo told the witness, who replied: You are very wrong”.
As at the time of your statement, Exhibit G, the sum of N200 million had been disbursed from the account based on your instructions to the bank,” Ojo added, with Obanikoro replying:  “It was disbursed not once and not twice on my instruction”.
Ojo told him that he agreed to refund the N200 million because he ought not to have spent the money the way he did, but the witness replied: ” That’s not correct; it is because it was intended to secure Lagos”.
“So you agreed to return N200 million spent to secure Lagos?” Ojo asked, but Obanikoro said: “It was a reluctant agreement”.
He testified that he indicated in his statement of October 19, 2016, the purpose of the N200 million he agreed to refund and indicated what it was meant for.
When asked whether he was satisfied with the content of his statement to the EFCC before signing it, he said: “Yes and no”.
Ojo told the witness that he did not mention in his statement that Fayose requested to know from him if there was any message from Dasuki, and he said: “Yes”.
The witness said that he did not give the EFCC any telephone number with which he had any discussion with Fayose.
On the number of days he spent in Ado-Ekiti and what he was did there, the witness replied that he could not recall the number of days spent, but said he was in the state capital to pursue Fayose’s gubernatorial ambition.
“I suggest to you that you are giving evidence here reluctantly,” Ojo said, and the witness replied: “It is even painful for me to give this evidence; i must admit that”.
“Can you recall that on June 21, 2014, gubernatorial election was held in Ekiti? Ojo asked, but the witnes said: “I can’t recall the date”.
The trial will continue on Tuesday.
Justice Mojisola Olatoregun handling the trial had earlier risen shortly after the court began sitting over the case.
She attended an official function and returned an hour later.