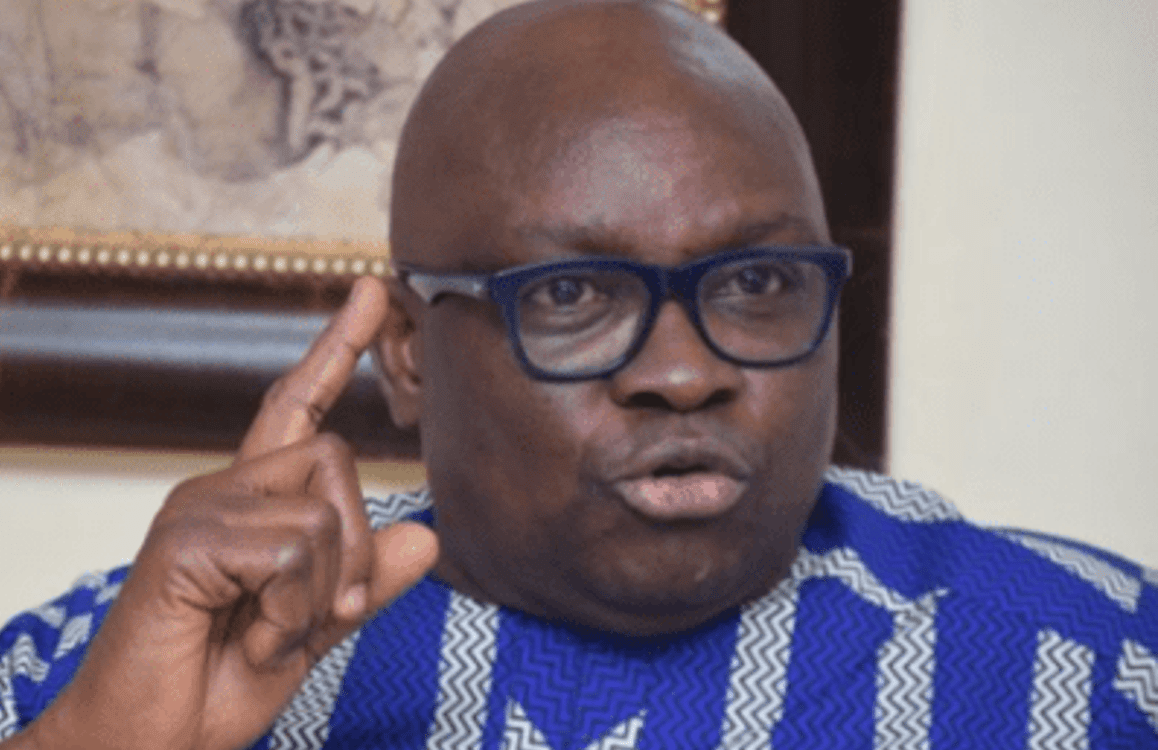 Former Governor of Ekiti state, Ayodele Fayose has stated that President Muhammadu Buhari could not have been the one to make that ‘Genocidal’ tweet.

The President has been under fire for a tweet made on his official account on Tuesday night. He tweeted; “Many of those misbehaving today are too young to be aware of the destruction and loss of lives that occurred during the Nigerian Civil War. Those of us in the fields for 30 months, who went through the war, will treat them in the language they understand,”. 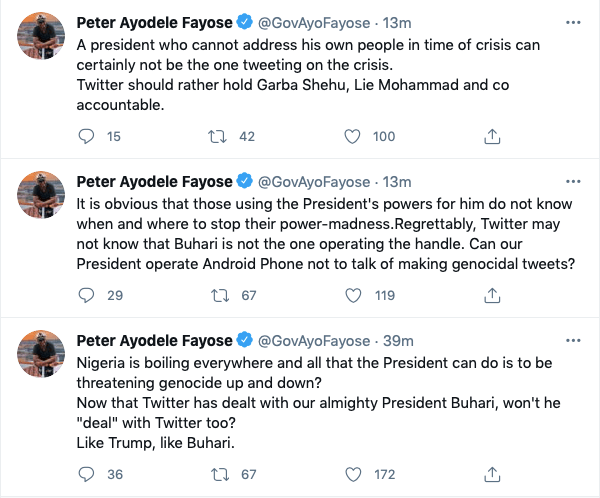 The tweet generated a widespread criticism with many reporting the President’s handle to Twitter for removal. On Wednesday afternoon, the social media giant removed President Buhari’s Tweet stating that it violated its rules.

However, Fayose weighed in on the matter stating that Buhari could not have made that tweet, adding that the president could not even operate an android phone.

“When is Mr President Buhari using his power as Commander-in-chief to “show Twitter pepper” for deleting his tweets? Or Twitter will just delete our President’s tweets just like that and there won’t be consequences?”

“Nigeria is boiling everywhere and all that the President can do is to be threatening genocide up and down? Now that Twitter has dealt with our almighty President Buhari, won’t he “deal” with Twitter too?  Like Trump, like Buhari.”

“It is obvious that those using the President’s powers for him do not know when and where to stop their power-madness. Regrettably, Twitter may not know that Buhari is not the one operating the handle. Can our President operate Android Phone not to talk of making genocidal tweets?”

“A president who cannot address his own people in time of crisis can certainly not be the one tweeting on the crisis. Twitter should rather hold Garba Shehu, Lia Mohammad and co accountable.”