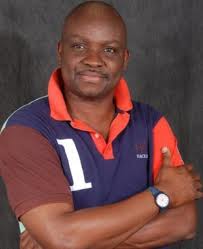 The growing tension in the Ekiti State chapter of the Peoples Democratic Party was further heightened on Sunday with a chieftain of the party from Ward 9, Ekiti West Local Government Area and a former House of Assembly aspirant, Comrade Ebenezer Olaleye, alleging threat to his life by a former Governor of the state, who is aspiring to govern the state again in 2014, Ayodele Fayose.
Olaleye, who is also the President of Ekiti Progressive Youths, had signed a newspaper advertorial published in a national daily on July 15, 2013, titled: “Fayose: 13 reasons he can’t be Ekiti governor again.”
Speaking with journalists in Ado-Ekiti on Sunday, Olaleye disclosed that Fayose had gotten wind of the advert through a staff of a national newspaper that was first approached for publication of the advertorial.
He said: “Immediately Mr. Fayose got wind of the impending publication, he called me at about 7pm on Wednesday, July 10, 2013 with telephone number 08073813883.
“I later found out that the number belongs to his (Fayose’s) Personal Assistant, whose identity I do not know.
“Mr. Fayose called me twice that day, threatening to deal with me should the said advertorial be published.
“That was after I refused his entreaties that I should see him for a meeting.
“On Monday, I was called by Mr. TKO Aluko, the State Secretary of the Peoples Democratic Party, who is an ally of Mr. Fayose.
“He (Aluko), who expressed bitterness on the advertorial, sought to know whether or not I am a member of the PDP.
“I have also received calls from the following telephone numbers: 08079653288, 08066633132 and 08033829346.
“Those who called with the numbers threatened to deal with me.
“I have decided to raise this alarm based on the antecedent of Mr. Fayose and his allies.
“It should be recalled that one of the major issues raised in the advertorial was his (Fayose’s) alleged involvement in the murder of Dr. Ayodeji Daramola, a World Bank Consultant and PDP governorship aspirant, who was murdered at his Ijan-Ekiti country home on Monday, August 14, 2006, and Tunde Omojola, who was killed at Ifaki-Ekiti on May 28, 2005.
“Also recall that the thugs that invaded the PDP secretariat, Ado-Ekiti with guns and other dangerous weapons on Tuesday, were allegedly led by Mr. Aluko and other allies of Mr. Fayose, who were against the composition of the Governorship Consensus Committee set up by the PDP State Working Committee.
“With the level of desperation already exhibited by Mr. Fayose in the last few days and his antecedents vis the way he threatened me on phone on Wednesday, July 10, 2013 and calls already received from his allies since Monday, I have no other option than to alert the public on the impending threat to my life and those of my family members.
“I do not want to wait until what happened to Dr. Ayodeji Daramola on Monday, August 14, 2006 and Taiye Fasuba on September 11, 2004 happens to me, hence my decision to alert the public and security agents.
“Like I told Mr. Fayose when he called, Ekiti is our own and we cannot afford to have a repeat of what happened in the state between May 2003 and October 2006 that he (Fayose) held sway as the governor.
“The people of Ikere-Ekiti can never pray for a repeat of what happened on March 15, 2004 when five students of the College of Education, Ikere-Ekiti were brutally murdered with several others seriously wounded.
“Ifaki people can never desire a replay of May 28, 2005 when Tunde Omojola was murdered in the full glare of the people.
“It is also certain that the people of Ado-Ekiti can never wish for a situation where Mr. Fayose will openly call their monarch, the Ewi, “Baba John Bull.”
“Therefore, our campaign against the return of Mr. Fayose to Ekiti State Government House is not based on politics, it is purely as a result of what he did when he was the State governor and as our people say: Iyan ogun odun a maa jo ni lowo.
“I have attached herewith full text of the advertorial and I wish to challenge Mr. Fayose to come out openly to either deny or admit all the 13 issues raised therein.
“Lastly, let me state here that if on this course, our lives are sacrificed, it does not matter to us. But let the people of Ekiti State know that henceforth, if anything untoward happen to us, Mr Fayose should be held responsible.”