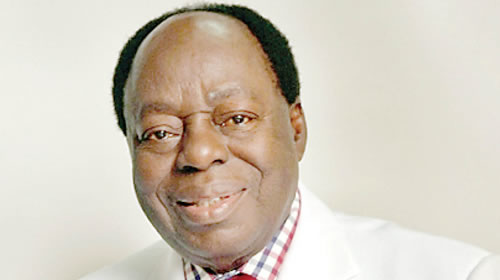 Speaking at a dinner in honour of the Nigerian Association of Law Teachers after the 48th Annual Conference of the Association, which took place at ABUAD on Friday, Babalola noted that Fayose “kept hope alive even under the most unwelcome, harassing and unhealthy environment”.

He described the governor’s ability to win in all the 16 local government areas both at the gubernatorial and presidential elections as well as all the seats in the Senate, House of Representatives and state Assembly as a rare feat.

According to a press statement issued by the Chief Press Secretary to Fayose, Idowu Adelusi, in Ado Ekiti on Saturday, the legal Icon, who disclosed that he always carefully choose his words, said the governor has made it possible for Ekiti State to again put on her toga as the Political King.

He noted that ABUAD will continue to contribute to the development of the state, saying the institution will soon become an industrial hub in Nigeria with a provision of land by the state government for its take off.

Governor Fayose, in his response, commended Babalola for his efforts towards the development of the state.

He said the state identified with the vision of ABUAD.

He urged all the participants to speak in support of the nation building.‎

He promised to create an enabling environment for the private institution to thrive further, noting that ABUAD has become a trailblazer in many perspectives.

He charged the law community to aways preach obedience to the rule of law, saying his travail would not have been so much if the All Progressives Congress lawmakers had followed the rule of law.

The governor said his desire remains to protect the interest of the common man, saying he remained a professor of politics owing to his ability to relate harmoniously with the common people.

Earlier, the outgoing president of NALT, Prof. Smaranda Olarinde, appreciated the state government for providing a conducive environment for the Conference.

Olarinde said members enjoyed their stay in the state.