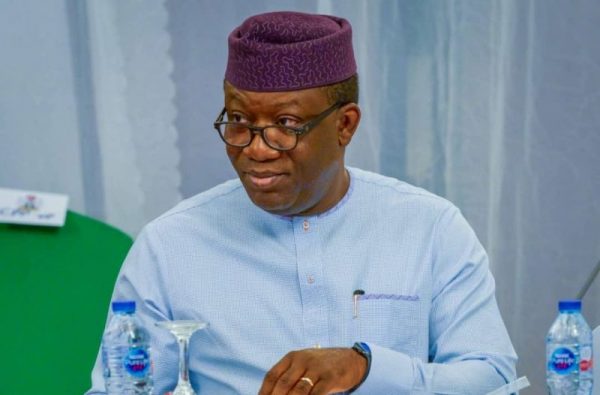 He also lauded the APC National Caretaker Committee headed by Yobe State Governor, Mai Malla Buni for organising a successful national convention, aimed at further strengthening the party ahead of 2023 general election, in addition to holding the party together for almost two years.

Dr Fayemi, in a statement shortly after the new executives were inaugurated in Abuja on Sunday, said he was happy the party’s convention held successfully, despite initial anxieties and divergent interests and opinions of members over what they considered the best way moving forward.

He congratulated the new National Chairman, Senator Adamu, the national Secretary, Otunba Iyiola Omisore and other elected National Working Committee (NWC) members whose elections were ratified at the convention, and wished them success in the task of repositioning APC as the undisputable number one political party in the country with attendant electoral fortune.

He urged the new national officers to look beyond the various opposition expressed by individuals or groups to their aspirations ahead of the convention, saying that was normal in any democratic setting. He also urged them to hit the ground running by reaching out to aggrieved party members and running an inclusive administration.

“Hearty congratulations to the newly elected national officers of our great party, APC. Their election at this crucial period in our national politics, no doubt, has placed on them an enormous responsibility.

“I have no doubt that they will make a success of the task, giving their pedigree as very resourceful men and women of proven integrity, ability and capacity.

“ I congratulate Senator Adamu, our newly elected national chairman and all the new national officers and wish them a successful and impactful tenure that would remain quite unforgettable in the annals of the history of our great party, APC and country in general.”