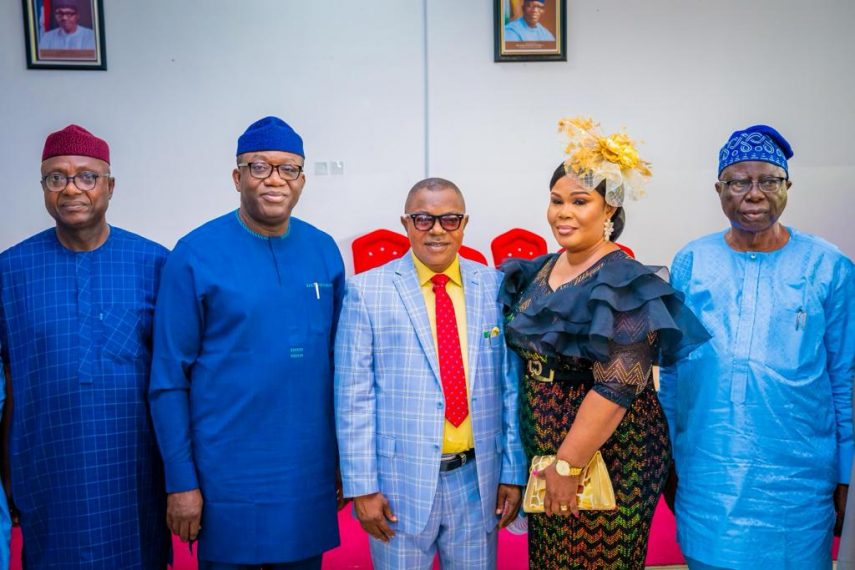 Ekiti State Governor, Dr. Kayode Fayemi on Monday swore in the state’s new Head of Service, Bamidele Agbede, charging him to think outside the box in building a responsive 21st-century public service.

Agbede took over from ‘Peju Babafemi, who retired last week after 35 years of meritorious service to the state.

Dr Fayemi, in his address at the ceremony, admonished Agbede to sustain government transformation agenda in the civil service.

The Governor asked the new Head of Service to justify the confidence reposed in him by aligning with government policies and programmes and also serve a source of stability for the incoming administration.

He urged him to sustain the feat of his predecessors and use his wide experience in public service to demonstrate capacity in rallying all civil servants behind the incoming administration.

As part of commitment to transparency in corporate governance, Governor Fayemi, disclosed that his administration has institutionalized a process driven structure to ensure meritocracy in emergence of best officers into top civil service positions.

He maintained that the seamless and rancour-free transition between the former Head of Service and the new one has further reinforced his administration’s fidelity to professionalism, due process and deliberate intention to restore values, dignity and honour into public service.

At the colourful event, Dr Fayemi also commended the meritorious service of the immediate past Head of Service, Mrs Babafemi and for making appreciable progress in reforming the public service for effective service delivery.

He said, “I enjoin the newly appointed Head of Service to justify the confidence reposed in him, and align with the state government policies and programmes as boldly and expressly enunciated in our 5-pillar agenda. It is also expected that he would be a source of stability for the incoming administration.

“You are inheriting a very active public service that has keyed into the vision of this administration. I expect you to hit the ground running and make your impact felt.

“The restoration agenda is a continuous task that must be done. You are expected to sustain the transformation agenda, especially as it relates to the civil service. I know you to possess the capacity to think outside the box and no time calls for that ability more than now when a lot is expected from you in building a 21st century civil service.”

Responding, the new head of service, Barr Àgbède commended Governor Fayemi for developing passion towards the development of the public service through reforms and transformation strategies.

He promised to work with government in providing an enabling environment for Ekiti workforce and ensure prudent utilisation of the available resources in providing service to the people of the state.