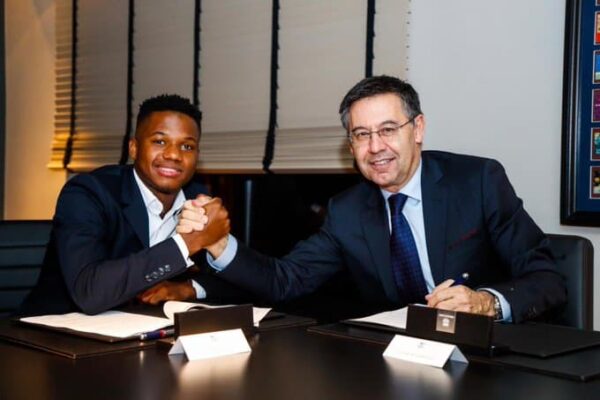 The squad is for next month’s UEFA Nations League matches against Germany and Ukraine.

The 17-year-old Fati, who is Barca’s youngest league goalscorer as well as the youngest player ever to score in the UEFA Champions League, makes the leap into the senior team.

He is coming from the under-21 side after an outstanding breakthrough season with the Catalans.

Torres, who joined Manchester City from Valencia earlier this month for 23 million euros ($27.25 million), has also earned a first call-up to the senior side.

He is joining 19-year-old Manchester City defender Eric Garcia in the 24-man squad.

There was no place in the team for any players from Atletico Madrid, however, with usual mainstays Saul Niguez, Koke, Alvaro Morata all missing out.

Marcos Llorente was also excluded in spite of a superb end to the campaign as a converted forward.

Spain, who failed to qualify for the final four of the Nations League in the last edition of the competition, will visit Germany on Sept. 3 before hosting Ukraine on September 6.