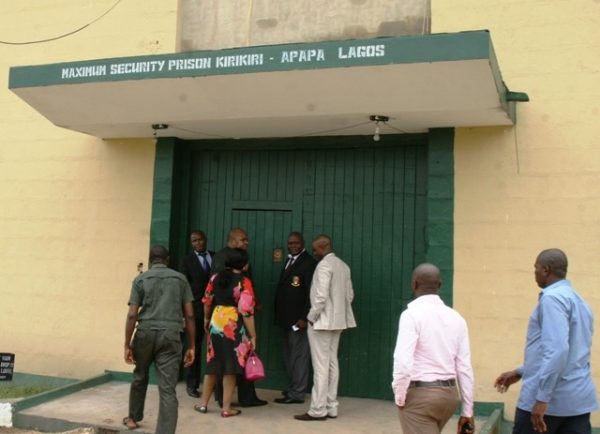 An Ikeja Chief Magistrates’ Court on Friday ordered that a 57-year-old father, Mojeeb Fashola, accused of sexually assaulting his three daughters, be remanded in prison pending legal advice.
The Magistrate, Olufunke Sule-Amzat, who did not take the plea of Fashola, remanded him in Kirikiri Prison and ordered that the case file be sent to the state’s Director of Public Prosecutions for the advice.
She adjourned the case until October 14.
Earlier, the Prosecuting Officer, ASP. Benson Emuerhi, had told the court that the defendant committed the offences between April and May, 2019, at his residence in Ayetoro, Ijanikin, near Badagry.
Emuerhi alleged that the defendant sexually assault one of the girls aged eight years (name withheld) by using his finger to penetrate into her private part.
He added that on a later date, the defendant also unlawfully assaulted his two other daughters, aged 10 years and 12 years (names withheld), by touching their buttock and breast seductively.
The prosecutor said that when the victim’s mother threatened to report the matter to the police, the defendant physically assaulted her by beating her and hitting her head and hand with a pistle.
He said that the defendant was apprehended by the police and that the case was transferred to the Gender Section at Ikeja Police Command for further investigation.
According to Emuerhi, the offence contravened the provisions of Sections 135, 170 and 261 of the Criminal Law of Lagos State, 2015.