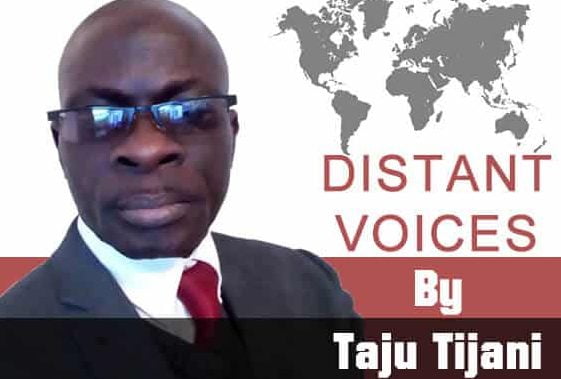 Alfa male, Chief Femi Fani-Kayode, has been exerting our collective reproach in the past few days. Like a bull in a China shop, FFK is used to knocking down everything. With a character like Femi Fani-Kayode – this nation’s notorious motormouth – Eyo Charles, the embattled and humiliated journalist, had no chance. It was an unequal contest. FFK has remained a figure of revulsion, and worse, he has been rejecting all the terrible and negative strictures we attached to his name.

We may regard FFK as being arrogant, ungracious, ill-mannered, boorish, ignorant, rascally, a bully and egotist. That said, his action is a metaphor that painfully reinforces the general disease among Nigerian elites who display yobbish behaviour when their ego is bruised by any unlucky soul they consider to be inferior.

In 2015, when this columnist was an unhinged Buhari’s apologist to the very core, I saw FFK as a potent enemy to be cut down through polemical tug of war. The piece below was dredged out from Distant Voices archive. All the assertions in the piece are still durable, true, and more than fitting Wikipedia of the hazardous material known as Femi Fani-Kayode.

Femi Fani-Kayode is today redrawing the antiquated blueprint, protocol and behavioural norm of Joseph Goebbels, the infamous Nazi Minister of Public Enlightenment and Propaganda under Adolf Hitler. As Director of Media and Publicity of President Goodluck Jonathan, he is basking in the spotlight of political irrelevance without knowing it. His search for political significance in a complex polity like ours is turning into his nemesis. Ahead of him lies tears, trouble, and tattered reputation of his own making. He has failed on every count. His dream of being a rising political gladiator has been mired in endless controversies. He is a stirrer of disquiet.

Once he fell from the Olympian height of his rich, British heritage of fairness, he has returned to his natural habitat: a plebeian, pedestrian, and commoner universe! His spot on the political totem pole is one of attention seeking, irreverent comments, propaganda fabrication, startling and disturbing demonisation of opponents of his pay masters and endless relational disharmony. He is a disaster to a healthy, ethical, and common-sense democracy devoid of bitterness and rancour. He foments trouble through his uncouth and radical brand of public communication.

Some of his actions does not suggest that he has his mental moorings in place. And appropriately, social media bruisers have called him ‘mad’, ‘aro’ patient, ‘fuckayode’, ‘shameless’, ‘jobless’ and a ‘rat’ looking for relevance. His primordial fissures are becoming comical by the day. With blithe disregard for human decency, he scrambled witless certificate scandal and health scaremongering against an impregnable and impenetrable dignitary like General Mohammadu Buhari. His recent jeremiad was to accuse APC as the body fuelling the ongoing fuel crisis. Thankfully, his call to his lies was ignored like the cry of a mad prophet in the wilderness.

Well, in a nation where it is fashionable to pursue wealth without work and to glory in vanity at the expense of poor masses, a jobless, journeyman thespian like Fani-Kayode with a talent for dubiousness is a boon to a shipwrecking President Goodluck Jonathan. His delusional remit as Media Director to bring water from stone during this election campaign has turned into a fantasy. His mischief wizardry has been arrested by the unstoppable Holy Ghost fire that is bringing change to this land. Fani-Kayode’s mis-articulation cannot win a soul for his masters.

Fani-Kayode’s current Nazification of public communication finds a profound echo in the works of Joseph Goebbels. Under Goebbels’ leadership, the Propaganda Ministry quickly gained and exerted controlling supervision over the news media, arts and information in Germany. Today, Fani-Kayode is using our media to project a sustain rant devoid of nuance and balance facts as long as they fit his monomaniacal propaganda against his master’s adversaries.

Fani-Kayode is on a journey of self-sabotage in the unfolding Buhari political landslide. In matter of days, our megalomaniac pinhead and unrepentant Goebbels will find himself jobless, abandoned and completely stained by unedifying legacy of political adultery, public nuisance, offensive anachronism, pathological eccentricity and tattered reputation.

For far too long Nigerian had been forged on the anvil of corruption and this time, through Buharism, we have decided to shoot corruption in the brain if it has one. The lies of opinion punditry is not enough, change is here. This time the political orgasm will be real and not faked!!!

Fani-Kayode is a pre-packaged failure. The simple reality of the social and political shift Nigeria is going through is like a fictional construct in the depraved minds of President Goodluck Jonathan, his demoralised and depleted PDP and his attack thugs like Fani-Kayode, Diaris-God-O, Doyin Okupe, Musiliu Obanikoro and other paid spin cobblers. Nigerians have political, philosophical and metaphysical duty to call for change and no amount of Fani-Kayode’s evil genius, playboy foolishness, silly public manoeuvres, daily propaganda, lies, abuse, comic amusement and childish delirium can unbound us from a brand new destiny. The worse is yet to come for Fani-Kayode.

For electing to swim against the popular opinion by turning into a polemical shooter for a nest of corrupt thugs, he must account for his action. He faces the possibility of imprisonment at any moment after May 29 for his vice and violent language against President Mohammadu Buhari. He that would behave the way he is behaving must count the cost and be prepared to pay the same with his liberty and life.
Distant Voices will be on vacation.
[email protected].