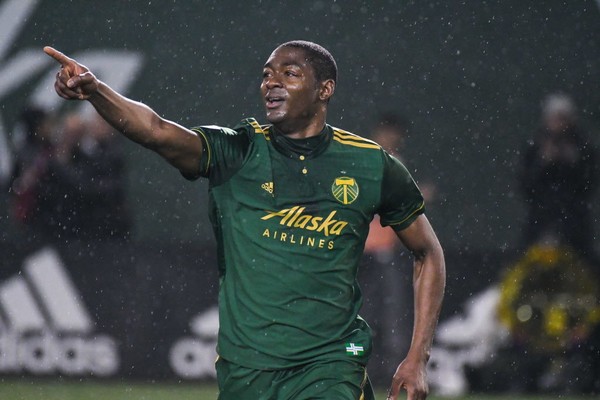 Columbus Crew have signed Nigerian forward Fanendo Adi off the Major League Soccer waiver list for the 2020 season.
The 29-year-old reunites with his former manager at Timbers, Caleb Porter, for the 2020 American top-flight campaign
League rivals FC Cincinnati waived Adi on January 17 after he returned just a goal in 12 league outings in the last campaign.
He joined Cincinnati as their first designated player from Portland Timbers in August 2018 but his first full campaign was marred by injuries and off-field problems.
Since he moved to America in 2014, Adi has scored 57 goals in 144 MLS appearances.
Adi is expected to join Columbus Crew in their pre-season preparations before they host New York City at the Mapfre Stadium for their 2020 league opener on March 1.