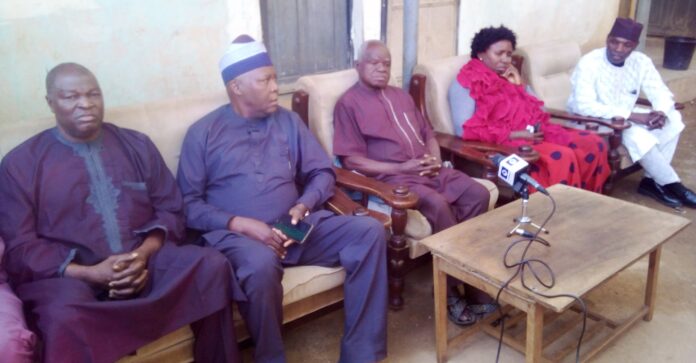 The family of Dalep Dachiya, a 200 Level student of the University of Maiduguri, who was killed by members of the Boko Haram sect, has urged the Federal Government to fish out the killers of their son.
The head of the family, Da David Dachiya, made the call at a news conference in Jos on Thursday, adding that such move would bring succour to the bereaved family and others involved.
The News Agency Nigeria reports that Junior Dachiya, a native of Jing in Pankshin Local Government Area of Plateau State, was abducted on January 9 by insurgents on his way to Maiduguri to resume school.
NAN also reports that on Tuesday, the insurgents released a video showing where the Junior Dachiya was gruesomely executed by the sect.
The senior Dachiya at the press conference called on government and security agents to intensify efforts in ending insurgency and other security challenges currently bedeviling the country.
“As a family we just want to thank God for everything; we believe that what happened, happened for good,” he said.
He addedL “But we want to strongly call on the government to fish out the killers of our son.
“He was just an innocent boy who was killed for no reason.
“We equally urge the government to intensify efforts in fighting insurgency and all forms of insecurity in the country.”
Also speaking, Chief Pedro Dafur, the National President of Mupun Cultural Development Association, said the association was saddened by the mindless killing of the junior Dachiya by some blood thirsty individuals.
Dafur called on the government to ensure the safety of Plateau State citizens residing in Maiduguri and other parts of Borno State.
He said: “From the utterances of the boy who killed our son in the video released, it is obvious that Plateau citizens residing in North eastern part of the country are not safe.
“So, we want to call on the government to work assiduously to ensure the safety of our citizens in that area.
“We still have a lot of our people in Maiduguri, a lot of our children are schooling there.
“So, government must act fast to address the issue.”