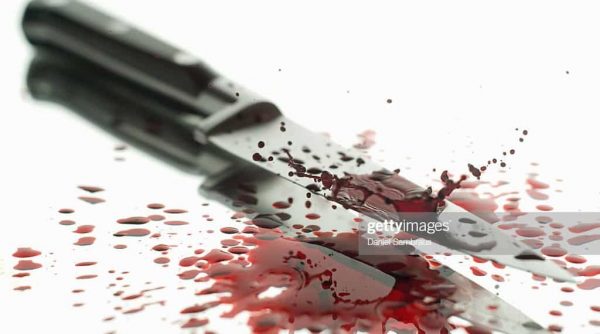 A Cleric, Rev. Father Leo Okoani of St. Peter and Paul Catholic Church, Oke-Afa, Lagos, on Friday enjoined Nigerians to teach their children the importance of living right and with good conscience.
Okoani gave the charge on Friday at the eight day Fidau prayers for late Alhaja Mistura Ogundipe.
At the prayer session attended by family and friends, the cleric said it was important to live a good life and also inculcate good lives in children.
Okoani said we all have no idea when we would leave this world.
The News Agency of Nigeria reports that Alhaja Ogundipe, 59, died on May 30 after battling with injuries she sustained 15 months ago when she was attacked by her 18-year-old housemaid, Susan Samson, with a champagne bottle.
Ogundipe had discovered that Samson had been stealing from her and confronted her, but in a bid to hide the truth and escape, Samson poured blended pepper on her mistress.
After blinding Ogundipe temporarily with blended pepper, Samson proceeded to attack her, hitting her on the head with the champagne bottle repeatedly.
Ogundipe’s cries attracted neighbours, who broke into the house to find her in a pool of her blood.
They caught Samson and handed her over to the Police.
NAN gathered that the deceased had undergone several surgeries at Lagos State University Teaching Hospital and was later released for check-up and treatment on the injury she sustained.
She was later re-admitted after more complications.
She, however, did not recover and died on May 30.
Okoani said living a good life made the world a better place for everyone and condemned the attitude of people who lived without recourse to their conscience.
He said: “It is important that we live a good life.
“Why should I be thinking of hurting my fellow human being?
“Some people go to worship with the intention of stealing people’s property.
“We should know what is good if we have good conscience.
“Just because everybody does it doesn’t mean it is good.
“Some people have dead, unscrupulous consciences and they only think of doing evil, sinful things continually.
“We should inculcate it in our children to live the right way.
“Some of us know the right thing but we will not do it.
“I am sure the incident that led to the death wouldn’t have happened if we all teach our children to live the right way.
“I pray for a better world and that we all live in peace.”
The Chief Imam, Nigerian Immigration Service, Zone A, Alhaji Mustapha Shamsondeen, while giving his lecture, said Muslims had a code of conduct that guided life and the hereafter, which we should know and live by.
Shamsondeen said: “We should, however, know our responsibilities and duties before death.
“Nobody is too young or too old to die.
“This life is a loan from Almighty Allah, which we will all return.
“Therefore, coming to a gathering like this should make us reflect soberly.
“We have dropped the responsibilities which we should give attention to.
“One of it is living by the sayings and practices of the Holy Prophet.
“Some of us do not pay attention to our children anymore.
“Remember that it is only those who teach their children to live right that live with rest of mind.
“We should live right and remember that our deeds are being recorded for the Day of Judgment.”
The Islamic cleric urged the Faithful to start planning for their tomorrow, saying they should do things that would benefit the society.
He said that it was deeds like this that added to their good deeds in the presence of Allah.
“We should also teach our children to practice their religion early, so that they will do the needful whenever we leave this world,” Shamsondeen said.