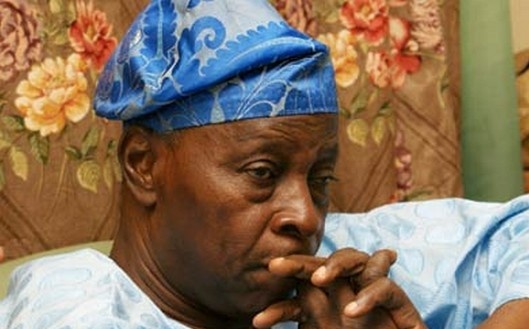 National Chairman of Social Democratic Party, Chief Olu Falae, has called on Nigerian politicians to give priority to welfare of the masses and stop the disgraceful spread of political monetisation in our country.
Falae made the call on Saturday in Abuja at the party’s national convention, held to elect its presidential candidate for the 2019 general elections.
He said that Nigerians had helplessly watched as those they elected into offices daily demonstrate ineffective and incompetent leadership.
According to him, the development has led to social and food insecurity, lawlessness, impunity, insurgency, widespread corruption, nepotism and poverty.
He said: “Nigerians watch helplessly how ethnic and religious divisions reach a magnitude that threatens the very foundation of our nationhood.
“But, it is now time to halt such a dangerous march towards national collapse. We must return to politics where welfare of the people is central theme of social democracy.
“We must return to the stage where emphasis is on party manifesto, integrity, performance and service to the nation. We must halt the disgraceful spread of political monetisation in our country.”
Falae said that Nigeria needed to be rescued now as the “so-called major parties,” which had ruled Nigeria for nearly 20 years had failed the country.
The former Secretary to the Government of the Federation and Minister of Finance said that the SDP was prepared for the rescue mission.
He said: “We are proud of our history and credibility. Our party’s policies are rooted in social justice and are people-driven, people-focused and designed to bring development and prosperity to the people.
“Our party recognises that the dignity of the human person and the sanctity of life are non-negotiable.
“We are determined to work with the Nigerian people to ensure emergence of a new, credible and stable political process, engineered to harvest the beauty of democracy, good governance and produce genuine development.”
He added that SDP was built on the solid ideology of Social Democracy; anchored on social justice, human dignity, fairness, equity and inclusiveness.
He said: “Our party’s ideology includes a shared prosperity with the imperative of democracy; and the security of peace with justice.
“The philosophy of Social Democracy places a great premium on the dignity of the human person and the sanctity of human life.”
He urged Nigerians to vote SDP for freedom from despotic rule, for liberation from nepotism and injustice, for genuine anti-corruption fight, for security and good governance, peace, unity and national harmony.
The party’s five presidential aspirants were: former Governor of Cross River State, Donald Duke; Prof. Iyorwuese Hagher, former Minister of Information, Prof. Jerry Gana; former Special Assistant to an ex-Defence Minister, John Dara and and a former Ambassador, Felix Osakwe.