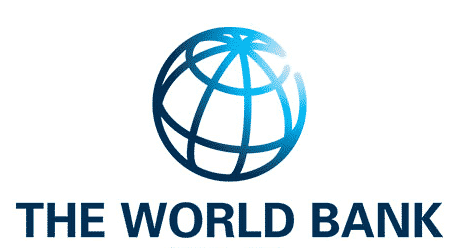 The Additional Financing to the Third Fadama Development Project has been honoured with the Africa VPU Team Award by the World Bank.
The award was announced by the Vice President for Africa of the World Bank, Makhtar Diop.
It will be recalled that Fadama-II got the Award in 2007 and Fadama-III secured the same in 2014.
The Africa Region Award of Excellence is an annual event instituted by the African Region of the World Bank to recognize excellence in project management and evidence of pro-poor impact of development projects.
Fadama III-AF was selected as a demonstration of an important example of how client-driven agricultural and rural development projects can have significant development impacts on the national economy.
The Additional Financing for the Third National Fadama Development Project (Fadama III) is one of the World Bank’s flagship operations with total finance of $200 million.
Fadama III Additional Financing is a follow-up on to Fadama III project and it is being implemented in six core and 21 cluster states.
The states were selected based on comparative advantage and high potential to increase production and productivity of cassava, rice, and sorghum and horticulture value chains and link them to better organized markets.
The AF is well aligned closely with the new Agricultural Promotion Policy of the Federal Republic of Nigeria.
It is facilitating linkages between federation of producers and existing processors.
The project was approved by the World Bank’s Board of Directors in June 2013 and implementation began in October 21 of the same year.
The objective of the project is to increase the incomes for users of rural lands and water resources within the Fadama areas in a sustainable manner throughout the recipient’s territory.
Taking a value chain orientation, the AF is attracting private investment in processing and milling, and other commercial aspects of agriculture around nucleus farms, with associated small-holder linkages such as out-grower schemes.
The programme has proved to be a reliable tool for responding to fragility and crises situation.
It recently extended its reach to the victims of insecurity in conflict-affected areas of Northern regions of Nigeria with a $50 million Additional Financing in June 2016.
The project has generated good results on the ground.
The project has supported farmers to increase rice yield from 2.84mt/ha to 6.40mt/ha.
Sorghum yield from 1.14mt/ha to 3.65mt/ha, tomato yield from 12.56mt/ha to 28.60mt/ha and Cassava yield from 11.92mt/ha to 15.76mt/ha.
With a disbursement of 67.22 per cent, at mid-term, the project is cruising sustainably towards achieving its development objective at completion.
The Fadama project stands out as a success within a country portfolio that faces numerous implementation challenges.