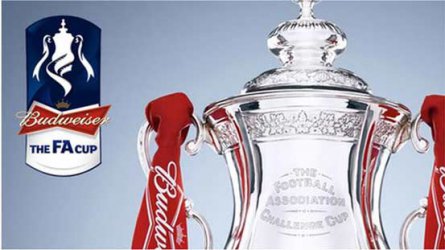 League One leaders Wigan Athletic has claimed an FA Cup giant-killing by clinching a 2-0 win over Premier League West Ham United in the fourth round of the competition.
Latics striker Will Grigg scored a goal in each half for the 2013 winners as they knocked out David Moyes’s side at the DW Stadium.
The game was marred by an incident which saw Hammers full-back Arthur Masuaku sent off early in the second half for spitting at Nick Powell.
Swansea City, meanwhile, were held to a 1-1 draw at League Two side Notts County, forcing the tie to go to a replay at the Liberty Stadium.
Luciano Narsingh opened the scoring for Carlos Carvalhal’s charges on the stroke of half time but the Magpies went up a gear after the restart and struck back through Jon Stead.
Another lower-league side to force a replay were Rochdale, who were denied an outright win at Millwall due to Ben Thompson’s 90th-minute equaliser in a 2-2 draw at The Den.
Premier League outfit Huddersfield Town were taken to a replay in a 1-1 draw by Championship strugglers Birmingham City at the John Smith’s Stadium, Steve Mounie opening the scoring in the first half before Lukas Jutkiewicz equalised on 54 minutes.
Coventry City ensured that at least one League Two side will be in the fifth round after winning at League One strugglers MK Dons as Maxime Biamou’s second goal in as many games proved the difference.
In other results, Hull City beat Nottingham Forest 2-1, Middlesbrough were beaten 1-0 at home by Brighton & Hove Albion, Sheffield United defeated Preston North End 1-0, and Southampton overcame Watford by the same scoreline.