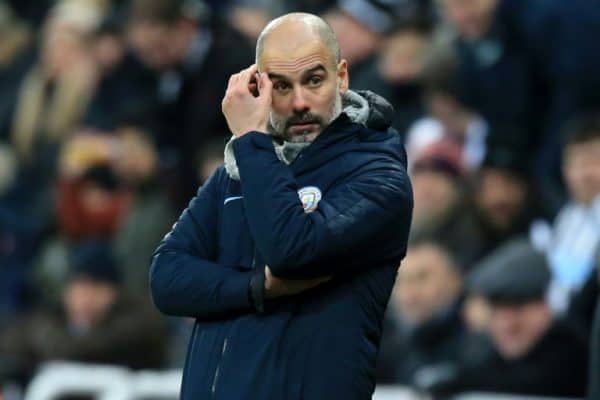 Cheltenham Town will be looking to pull off an almighty upset when they welcome Manchester City to Whaddon Road in the fourth round of the FA Cup.

Premier League giants City eased past Birmingham City with a 3-0 win in the last round, while Cheltenham needed extra time to overcome Mansfield Town 2-1.

The winners of this tie will take on either Swansea City or Nottingham Forest for a place in the quarter-finals.

City are in full stride heading into today’s cup tie after beating Aston Villa 2-0 on Wednesday evening to keep their incredible form going.

The Citizens have won nine matches in a row in all competitions since mid-December, the last five of those without conceding a goal.

Going further back, Pep Guardiola’s men are without a defeat in 16 games and have won all but three of those.

Anything other than a routine victory this weekend seems unlikely, then, but Cheltenham will know that this competition has built a reputation down the years for producing upsets.

However, the Robins have lost all eight of their EFL Cup and FA Cup meetings with Premier League opposition, while City have won their last seven FA Cup games against sides from a lower division by an aggregate score of 26-4.

Cheltenham have at least made themselves tough to beat of late, going five without defeat in all competitions, albeit drawing the last four of those in the league.

Michael Duff’s men are sixth in the League Two standings, three points off the automatic promotion spots after playing out a 1-1 draw with second-place Newport County on Tuesday.

After beating South Shields, Crewe Alexandra and Mansfield in the first three rounds, Town are now aiming to reach the FA Cup fifth round for just a second time in their history, last doing so in 2001-02.

City are no strangers to going deep into the competition, of course, reaching the fifth round in each of the last five campaigns and last losing at this stage against Middlesbrough in 2015.

With Duff describing this tie as the “greatest free hit in history”, Cheltenham are out to pull off what would be the greatest upset in the famous competition’s recent history.