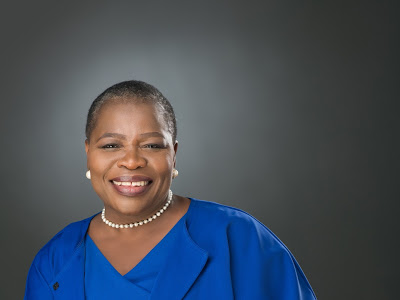 Three Presidential Candidates on Saturday clashed on the economy in the televised debate held at the Trans-corp Hilton Hotel, Abuja.
The News Agency of Nigeria reports that they include Oby Ezekwesili of the Allied Congress Party of Nigeria, Fela Durotoye of the Alliance for New Nigeria and Kingsley Moghalu of the Young Progressives Party.
Asked how he intended to fix the economy, Moghalu said the country currently lacked an economic philosophy.
He stated that the country must first decide whether it is practicing a capitalist or socialist ideology.
Moghalu said: “So, my approach to the Nigerian economy is first to focus on reforming the educational system; ensure that our young people have the skills that can make them competitive in the 21st century and the skills that can give them jobs or help them to set up their own jobs.
“Then we will give them access to finance which my government will do through the creation of N1 trillion venture capital fund which will give equity capital, not loans that will have to be repaid.
“This is because loans carry interests in Nigeria that is too high or we may not have the collateral to be able to access them.
“So, we will invest in new businesses that will create millions of jobs within the first four years.

“Therefore, the approach that we will have is skill, capital and literacy, that is what will fix the Nigerian economy and take it into industrialization.’’
On his plan for economic diversification especially through building the non-oil sector, Durotoye identified agriculture, housing and infrastructure as the most important sectors that should be focused on.
He said his government would ensure that it fixed the power sector, roads and provide housing for Nigerians, adding that his plan is to provide 30 million jobs.
He said the commodity sector needed to be strengthened so that farmers could have their produce promptly cleared.
On her part, Ezekwesili said her plan is to lift at least 80 million Nigerians out of poverty through improvement in the productivity of majority of Nigerians who “earn less than N700 a day’’.
To do this, she said her government would evolve policies and programmes targeting people engaged in the services sector which constitutes about 60 per cent of the country’s GDP.