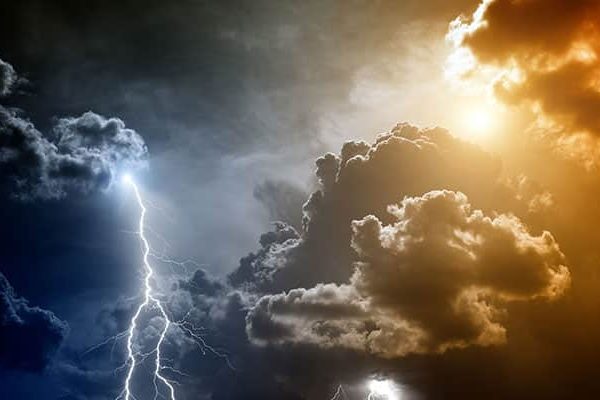 Share
Facebook Twitter LinkedIn Pinterest Email
The Nigerian Meteorological Agency has predicted dust haze weather conditions over the central States of the county on Sunday with chances of localised thunderstorms over parts of Benue, Nasarawa, Ilorin and Kogi.
NiMet’s Weather Outlook by its Central Forecast Office in Abuja on Saturday also predicted day and night temperatures in the range of 31 to 40 and 14 to 24 degrees Celsius respectively.
The agency predicted that the southern States would experience partly cloudy to cloudy conditions with chances of localised thunderstorms over Lagos, Ijebu, and warri in the morning hours.
It also predicted localised rain over Lagos, Port-Harcourt, Calabar, Benin, Akure and Enugu during the afternoon and evening hours with day and night temperatures of 30 38 and 21 to 26 degrees Celsius respectively.
According to NiMet, Northern States will experience dust haze conditions with visibility range of one to three kilometres, while few places will have visibility less than a 1000 metres throughout the forecast period.
It predicted: “Day and night temperature values are expected to be in the range of 32 to 39 and 17 to 20 degrees Celsius respectively over the northern cities.
“With fresh dust in suspension in the atmosphere, dust haze conditions are expected over the Northern cities down to some parts of the Central states.
“There are indications of increased cloudiness with chances of localised rainfall activities over the southern region within the next 24 hours.”
Kogi Kwara Nasarawa State Nigerian Meteorological Agency NIMET weather
Share. Facebook Twitter Pinterest LinkedIn Tumblr Telegram Email