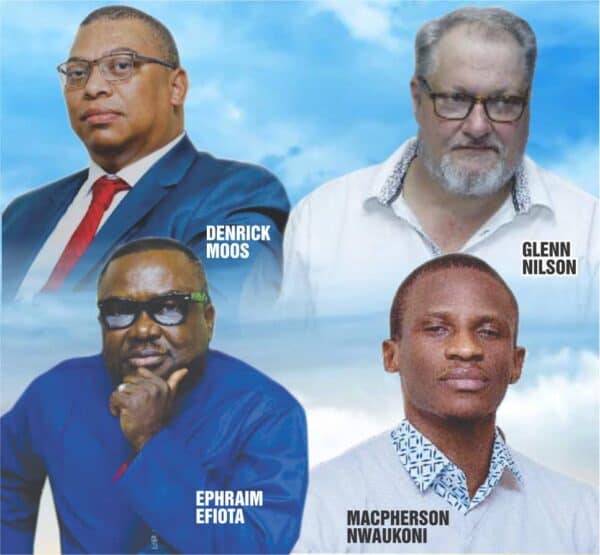 An indigenous firm operating in the nation’s maritime industry, Ports and Terminal Operators (Nigeria) Limited, has taken steps to reposition the company for optimal performances with the coming on board of a new management team to be headed by Denrick Moos as Managing Director.
Moos, a South African maritime expert, is getting into the new office with about 21 years experience in the sector.
A former South African naval combat officer, Moos is very familiar with the Nigerian maritime terrain.
He has worked both at West Africa Container Terminal in Onne as Chief Operating Officer, as well as at Ports and Cargo Handling Services as Managing Director.
This aside, the new MD was once a key player at the APM Terminals Headquarters in The Hague, Netherlands, playing leading roles in project teams in Brazil, India and Denmark.
A holder of a Master’s degree in Maritime and Transportation Logistics, Moos has also undertaken and completed numerous maritime related courses and trainings.
A statement from the company quoted Moos as having expressed appreciation to the board of PTOL for the appointment and that the potentials of the company was a reminder “of his days at WACT, where he helped transform from a terminal that had to operate on bridge loans just to pay salaries, to where it was generating revenue to the extent that multi-million dollar investments and creating so many employment opportunities for Nigerians.”
PTOL is a multi-purpose terminal and has twice the berth length of WACT.
PTOL runs efficient warehousing activities and handles wheat, salt, bitumen, frozen fish and containers, with Mediterranean Shipping Company seeking its services weekly.
According to the statement, Moos foresees PTOL being more competitive within a short space of time due to the backing of his Board of Directors, made up of Chief Dennis Okafor, Chief Mike Nwaukoni and Chief Emmanuel Okonkwo, as well as other members of the new team, which also includes Efiota Ephraim, who was appointed General Manager effective April 1 this year.
Just like Moos, Ephraim is well known in the Nigerian maritime sector.
He spent 35 years with the Nigerian ports Authority, with his last two positions being Port Manager of Tin Can Island Port and General Manager, NPA Liaison Office in Abuja.
He brings the much-needed stakeholder engagement skills to PTOL due to his extensive network in both government agencies, as well as shipping lines and agencies.
He holds a B.SC in Economics, an MSC in Transport as well as an LLB degree.
The PTOL also appointed Glenn Nilsson, a Swedish national, as Assistant General Manager, Technical Services.
He will have the responsibility of superintending over all plants and machineries involved in cargo handling.
Nilsson has considerable experience in managing technical departments within terminal operations.
Before this appointment, he was the General Manager, Technical, at APMT Gothenburg in Sweden.
He has also worked in numerous African countries, including Liberia, Angola, Mauritania, Senegal, Kenya and Nigeria, and has been instrumental in either starting up workshops in these locations or streamlining technical activities in those countries.
The statement noted that since Nilsson’s arrival in PTOL, the availability of container handling equipment has increased by 400 per cent, with the company now having more than sufficient equipment available to meet customer needs.
Also appointed into the new management team is Macpherson Nwaukoni, who is the Assistant General Manager, Operations, with effect from September 1, 2019.
Nwaukoni has been the Managing Director of MIGFO Group Nigeria Limited, a renowned LLC company which has operated within the International Freight Consignments and Maritime Cargo Industry in the last 32 years.
He had worked as Executive Assistant to the Managing Director, PTOL, for some months, before his latest appointment.