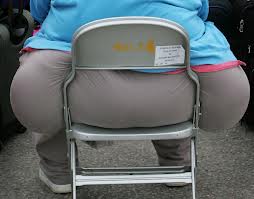 An endocrinologist, Dr. Olufemi Fasanmade, on Friday urged people with excessive fat around the abdomen, raised blood pressure and high blood sugar level to see an endocrinologist.
Fasanmade, a consultant at the Lagos State University Teaching Hospital, Idi-Araba, told the News Agency of Nigeria in Lagos that such symptoms could be the onset of cushion syndrome.
According to him, cushion syndrome is a condition where there is excess circulation of cortisol, a hormone produced by the adrenal gland in normal human beings.
He said that cortisol was a steroid hormone that helped the body to generate sugar, regulate the blood pressure and reduce inflammation.
The doctor said, however, that if the cortisol became excessive, there was likely to be several problems.
He said: “A person who has cushion syndrome in which the cortisol is excessive is likely to have several problems.
“And these problems include increase in body weight, increase in blood pressure, obesity around the abdomen, usually, and face.
“And then reduction in the size of the limbs.
“Because it has effects on the skin, it will also cause some lightening of complexion.
“And people who abuse steroids, for instance, are known to become light.
“So, many of the creams containing steroid lighten complexion is because of this cortisol-like effect it has
“So, a cushion syndrome person may be light in complexion, will have broad marks on the body, strae or stretch marks, which will be reddish or purplish.
“The people also often have raised blood pressure or hypertension and then they have excessive hair on the face.
“So if a woman develops cushion syndrome, she may start to develop moustach slowly or she may start to develop hair around the chin or hair in the chest.”
Fasanmade said that the disorder was more common in young females, especially persons who abused steroids either orally or through creams.
He added that people who used prescribed medicines containing corticosteroids for conditions such as asthma and some other inflammatory diseases might be at risk.
The doctor said that the disorder was not easily diagnosed because the affected persons would not consider the symptoms as the onset of a disorder and so would not consult a doctor for attention.
He said: “If the cause is due to the person taking excessive amount of corticol steroids, then the person should reduce the dosage under doctor’s supervision.
“If it is due to the person abusing steroids for cosmetic reasons, then the person should desist from using such materials.
“Where it is a tumour in the pituitary gland that is causing the adrenals to over-function, then that pituitary tumour should be removed.
“Where the cause is not known, sometimes the patient has to be subjected to some drugs to suppress further cortisol production.”
He advised those with cushion syndrome to go on a diet to reduce fat accumulation in the body.