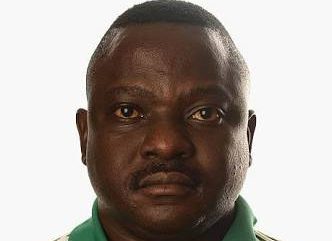 A former Super Eagles physiotherapist, Olawale Oladejo, is dead.
The team made the announcement on its twitter handle @NGsupereagles on Friday.
It stated: “We regret to announce the untimely passing of our former physiotherapist, Olawale Oladejo.
“We pray God grants his family, friends and colleagues the fortitude to bear this loss.”
Oladejo served as a backroom staff for the 2013 African Cup of Nations winning Super Eagles, guided by Stephen Keshi.