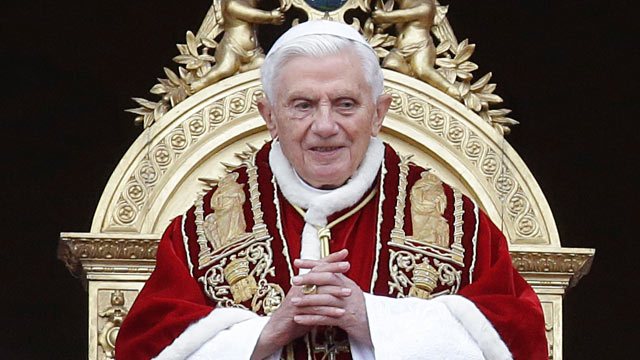 The sexual revolution of 1968 and Western society’s growing secularisation are to blame for the Catholic Church’s paedophilia crisis, former Pope Benedict XVI argues in a rare foray into the public sphere.
“Among the freedoms that the Revolution of 1968 sought to fight for was this all-out sexual freedom […] Part of the physiognomy of the Revolution of ’68 was that paedophilia was then also diagnosed as allowed and appropriate,” he wrote.
“Why did paedophilia reach such proportions? Ultimately, the reason is the absence of God,” he wrote.
He lamented that the negative example of Western secularisation, failed attempts to include a reference to God in EU treaties.
The controversial remarks – also linking paedophilia to homosexuality and criticising liberal theology inspired by the 1960s Second Vatican Council.
This came from an essay the German-born Benedict wrote for Klerusblatt, a monthly periodical distributed in Bavarian churches.
The former pope, who turns 92 on April 16, rarely makes public comments.
He lives in a Vatican monastery, and upon retiring in 2013 – the first papal resignation in almost 600 years – he pledged to “remain hidden to the world”.
His essay was publicised overnight by several media, including Italy’s Corriere della Sera newspaper and the US.-based Catholic News Agency.
It drew criticism from liberal theologians, including one, who called it “embarassing. This is an embarrassing letter”.
The idea that ecclesial abuse of children was a result of the 1960s, a supposed collapse of moral theology, and ‘conciliarity’ is an embarrassingly wrong explanation for the systemic abuse of children and its coverup,” Brian Flanagan, a theologian at Marymount University in Virginia, tweeted.
Benedict wrote that after the “unprecedented radicalism” of the 1960s, “homosexual cliques were established in various seminaries, which acted more or less openly and significantly changed the climate in the seminaries”.
He also complained that “in not a few seminaries, students caught reading my books were considered unsuitable for the priesthood.
My books were hidden away, like bad literature, and only read under the desk”.
According to the former pope, “the question of paedophilia [in the church], as I recall, did not become acute until the second half of the 1980s,” arising first in the US and initially underestimated.
He said the initial response from the Vatican was marred by an excessive focus on the rights of accused priests, which he blamed on liberal attitudes stemming from the Second Vatican Council, “to an extent that factually excluded any conviction at all”.
Before his election to the papacy in 2005, Benedict was known as Cardinal Joseph Ratzinger.
From 1981, he was in charge of the Congregation for the Doctrine of the Faith under Pope John Paul II.
In his essay, he said he and John Paul II agreed to make the CDF responsible for punishing paedophile priests, and that “this arrangement also made it possible to impose the maximum penalty [on them], i.e., expulsion from the clergy”.
Benedict did not mention the notorious case of Father Marcial Maciel Degollado – Mexican leader of a conservative religious order, personal friend of John Paul II, and serial sex abuser – against whom the Vatican did not take action for years.
A month before being elected pope, Benedict lamented “how much filth” there was in the Catholic Church, seen at the time as a reference to paedophilia scandals.
As pope, he ordered Degollado to retreat to a life of “prayer and penitence,” but did not punish him beyond that.
The Catholic Church has for decades faced worldwide accusations of turning a blind eye, or actively covering up for paedophile priests.
Hosting a crisis summit in February, Pope Francis acknowledged this was “usual” practice, and pledged to put a stop to it.