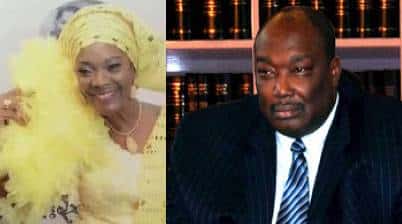 A Senior Advocate of Nigeria and former President of the Nigerian Bar Association, Joseph Daudu, has been accused of engaging in domestic violence.
This came to the fore following the death of Daudu’s wife of 28 years, Ranti.
Writing on the death of Ranti, a human rights activist and former Chairman of the National Human Rights Commission, Dr. Chidi Odinkalu, said Ranti passed on after 28 years of “vicious domestic violence”.
Odinkalu, on his Twitter handle, tweeted: “Aftr more than 28 yrs of vicious domestic violence, my big sister, Ranti Daudu, died last night in Kaduna. Awful!!
“Ranti had heart, soul & goodness. She endured torture no one shd live with at the hands of a big man. She’s at rest.
“Ranti Daudu was also the ablest advocate for the human rights of persons wth disabilities in #Nigeria. #TearsFail!”
Commenting on Odinkalu’s tweet, one of the founders of the Bring Back Our Girls, Aisha Yesufu, equally confirmed the development.
Yesufu said the last discussion she had with Ranti was on the issue of the domestic violence she had been dealing with.
She tweeted: “Oh God! R B Daudu my big Sis. Last we discussed she said even the children had asked her to leave else they wont have respect for her.”
One of the commentators on Odinkalu’s tweet, Intimate Pleasures, acknowledged the fact that some prominent Nigerians made efforts to intervene in the issue.
Intimate Pleasures mentioned some of those who intervened as Odinkanlu and Femi Falana (SAN).
Intimate Pleasures tweeted: “#RontiDaudu died last night. To the brothers #femifalana @chidiodinkalu who made efforts for her #tearsfail #SayNotoDomesticViolence.”
Since the death of his wife and the issue of domestic violence raised against him, Daudu has not commented on the allegations.
Ranti, according to Odinkalu, died on Thursday night.
Daudu is one of Nigeria’s most prominent lawyers who has handled several high profile cases.
Ranti, also a lawyer, was a human rights crusader.
She also worked in her husband’s law firm in Kaduna until her appointment was terminated by Daudu.
The tempestuous marriage became public knowledge when Daudu initiated divorce about a year ago.
Falana took up Ranti’s case.
The couple, who got married on October 24, 1987 in Zaria, Kaduna State, had been having issues in the marriage, but had kept it secret.
The former member of the Governing Board of the National Human Rights Commission, aged 54, started living apart from her husband about three years ago.
According to the details of the court processes filed by Daudu at the Kaduna State High Court in July, the marriage had broken down irrevocably and the prospect of reconciliation was non-existent.
The case was still on until she died.
She was to give oral evidence on Thursday but suddenly fell in on Wednesday and died the following day. 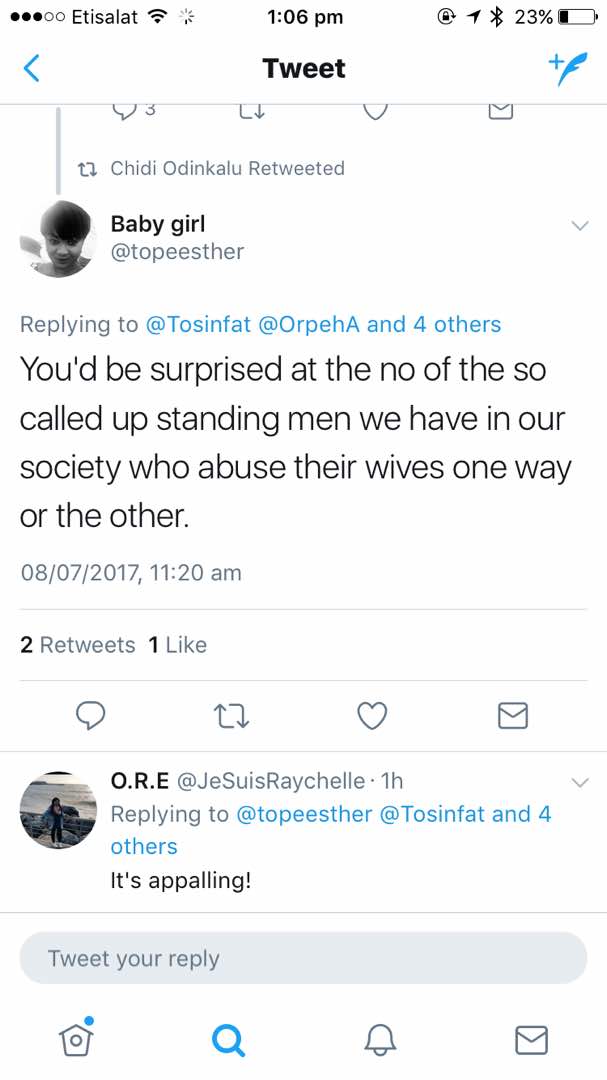 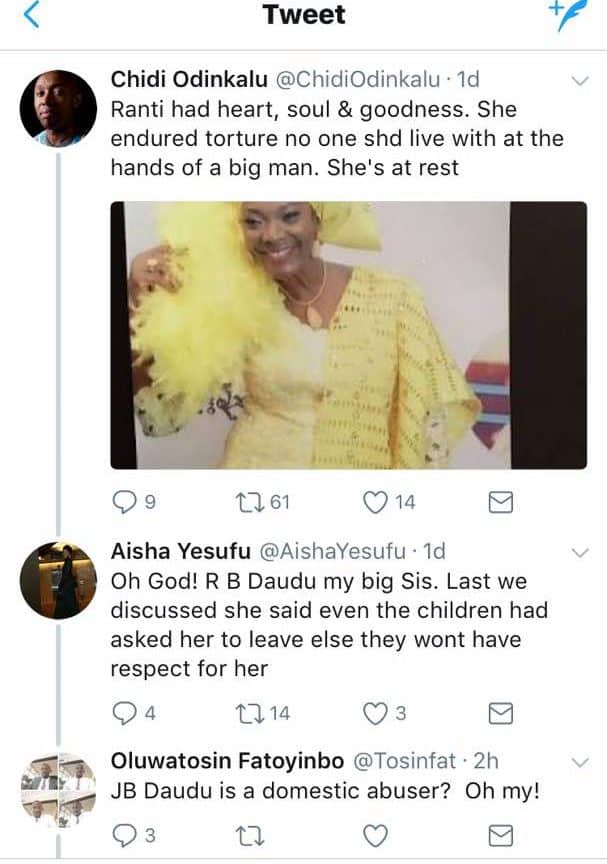