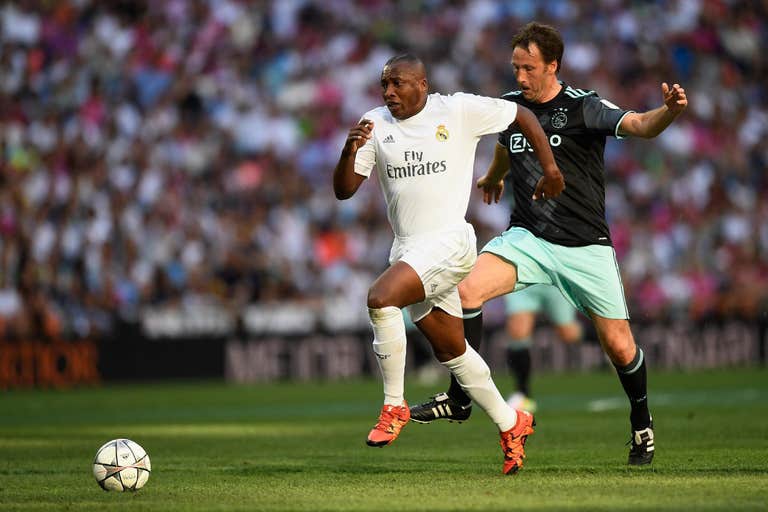 Former Real Madrid striker Edwin Congo has declared himself innocent after he was questioned on Tuesday regarding an alleged link to a cocaine trafficking ring in Spain.

The Colombian striker was detained by police in the Spanish capital and interrogated for an hour, before being allowed to return home.

“I’m very calm,” he told sports show El Chiringuito, for which he works as a pundit. “It’s not a comfortable situation, but I’m at home… relaxed. They asked me a series of questions and, at the end, I returned home.”

Congo, who signed for Real Madrid in 1999 but never played an official match for the club, revealed he may be needed again to help the police with their investigation at a future date.

“They told me to be ready for another call,” he said. “I’m free and I’m relaxed because I don’t traffic cocaine, I don’t have cocaine at home.

“The police said to me that I have to stay away from certain people who are no good for me. That I have to be aware of things and do them in a different way.”

Congo’s only goal for Real Madrid came in a benefit match to raise funds and awareness against drug use in 2002.