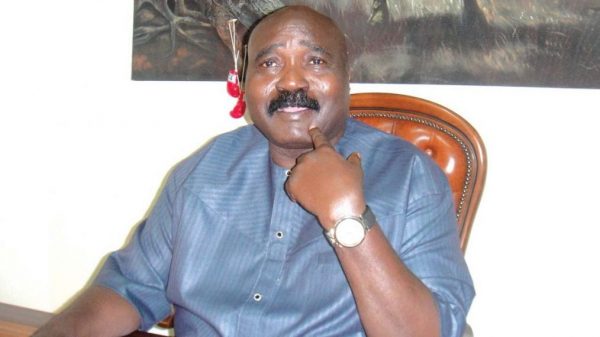 Describing the deceased as a woman of virtue, Kalu acknowledged the outstanding attributes of the late Igbinedion.

He said her good deeds will continue to speak for her.

The Chief Whip of the Senate, while conveying his heartfelt condolences to the Esama of Benin, Chief Gabriel Igbinedion, and the entire members of the House of Igbinedion, prayed to God to give the deceased’s family the fortitude to bear the loss.

In a condolence message, Kalu urged the former Governor to uphold the worthy legacies of his late mother.

He said: “On behalf of the people of Abia North Senatorial District, I commiserate with former Governor of Edo state, Chief Lucky Igbinedion, over the demise of his mother, Mrs. Maria Igbinedion.

“Mama was a virtuous woman who lived a purposeful life dedicated to the service of God and humanity.

“She left behind good children, who are doing well in various field of endeavours.

“The deceased will be remembered for her selflessness, kind heart and dedication to the service of mankind.

“She will be missed by family, friends and associates.”

The former Governor prayed to God to grant the deceased eternal rest.