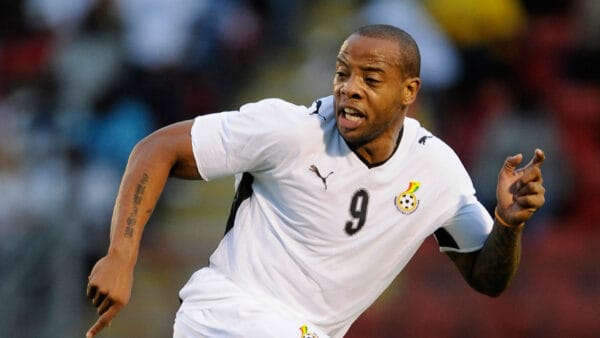 Former Ghana international, Junior Agogo, has been reported dead in London.
The former Zamalek FC striker passed on in England at a hospital on Thursday.
He suffered stroke since 2015 and underwent rehabilitation two years ago.
He died at age 40.
Agogo will be remembered by most Ghanaians for his sterling performance for Ghana at the 2008 Africa Cup of Nations.