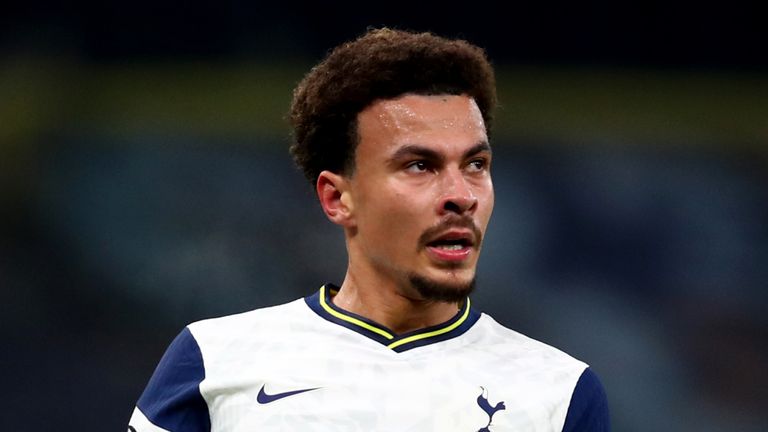 The 24-year-old has seldom appeared for Jose Mourinho’s side over the past couple of months and speculation over his future has started to gather pace.

Paris Saint-Germain are said to hold an interest in the English playmaker, who has only made the starting lineup on one occasion in the 2020-21 Premier League, and Spurs chairman Daniel Levy is supposedly willing to sanction a temporary exit next month.

According to The Mirror, Everton boss Carlo Ancelotti has taken a liking to Alli and will attempt to prise the midfielder away from North London in January, with Alli being left out of Mourinho’s squad for Spurs’ last seven Premier League matches.

The report suggests that the Toffees will also try to strike a deal for Alli’s teammate and compatriot Harry Winks, with both players’ spots in England’s Euros squad at risk given their lack of game time this season.

While Alli has started one Premier League game this term, Winks featured from the off in Spurs’ first three top-flight fixtures of the season, but he is yet to line up from the first whistle in the league since.