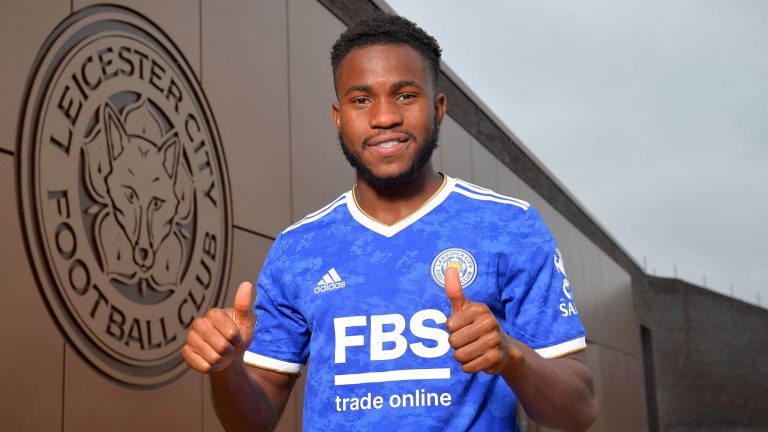 Leicester City had the better of their Europea Conference League semi-final first leg with Roma on Thursday but needed an own goal equaliser to rescue a 1-1 draw.

The energetic Foxes were stunned when Nicola Zalewski found space on the left to set up Roma captain Lorenzo Pellegrini for a 15th minute opener against the run of play.

But Ademola Lookman met a 67th minute cross from Harvey Barnes to force an own goal from Gianluigi Mancini which ensured parity on the night for Brendon Rodgers’ team.

“I thought I took a nick on it and maybe it hit him after,” Lookman said. “They are a strong team, defensively very good but we played well today.

“It is going to be a difficult game (in Rome), playing away from home, the atmosphere, their fans, we will need our fans to be behind us.

“We are looking forward to the challenge – we will go there to try and win the game.

Roma, however, will be confident of finishing the job in front of their own supporters in next week’s second leg to reach the May 25 final in Tirana.

“The second leg is going to be a tough game – but we’ll be playing it at home, in front of our fans,” said Pellegrini.

Former European champions Feyenoord are slight favourites to meet them there after winning a five-goal thriller 3-2 against Marseille in the other last four tie.

Cyriel Dessers grabbed the opener and the winner for the Rotterdam hosts who also had Luis Sinisterra on the scoresheet.

Bamba Dieng and Gerson had Marseille level at the break but Dessers pounced on a mistake at the start of the second half to give the Dutch a narrow advantage.