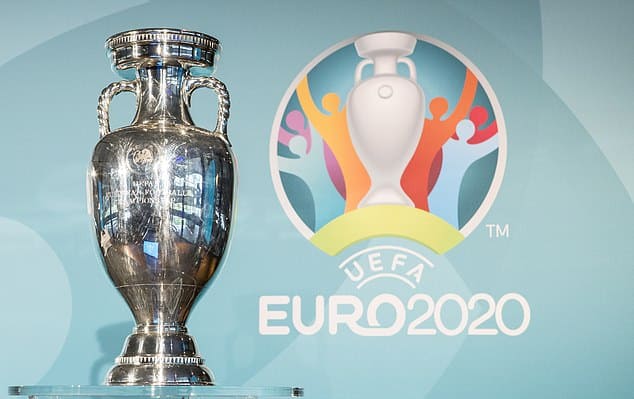 World Cup runners-up Croatia stayed on course to qualify for Euro 2020 after a dominant display gave them a 4-0 Group E win in Slovakia.
In another fixture, Wales kept alive their own hopes after a 2-1 home victory over Azerbaijan on Friday.
Croatia are level with Hungary at the top of a tight group with both teams on nine points from four games, three ahead of Wales and Slovakia.
Azerbaijan have no points.
The Croatians hit the woodwork three times in the first half in Trnava and Slovakia keeper Martin Dubravka pulled off several good saves.
However, Nikola Vlasic fired the visitors ahead in the 45th minute with his first international goal.
The midfielder took the ball in his stride and fired a stinging low shot past Dubravka from 20 metres after the home side had survived a fierce Croatian onslaught.
Ivan Perisic, who hit the crossbar and the post in the first half, made it 2-0 less than a minute after the break when his heavily-deflected shot from 25 metres left Dubravka stranded.
Striker Bruno Petkovic added the third with a simple close-range finish after a flowing move as Croatia kept their feet on the pedal.
OSlovakia could only muster a pair of shots from Robert Mak at the other end.
Defender Dejan Lovren put the icing on the cake for Croatia with a diving header from a tight angle in the 89th minute.
A bizarre Pavlo Pashayev own goal fired Wales ahead in the 26th minute as Gareth Bale’s deflected shot looped into the air and went in off the defender’s shoulder with keeper Salahat Agayev coming off his line to smother the ball.
Mahir Emreli silenced the home crowd in Cardiff when he capitalised on Neil Taylor’s blunder and beat Wayne Hennessey at the second attempt, slamming in the rebound after the Wales keeper parried his initial effort.
But the Welsh had the last laugh as Bale beat Agayev with a looping header in the 84th minute after a deflected Joe Allen effort fell kindly into his path.
Reuters/NAN.