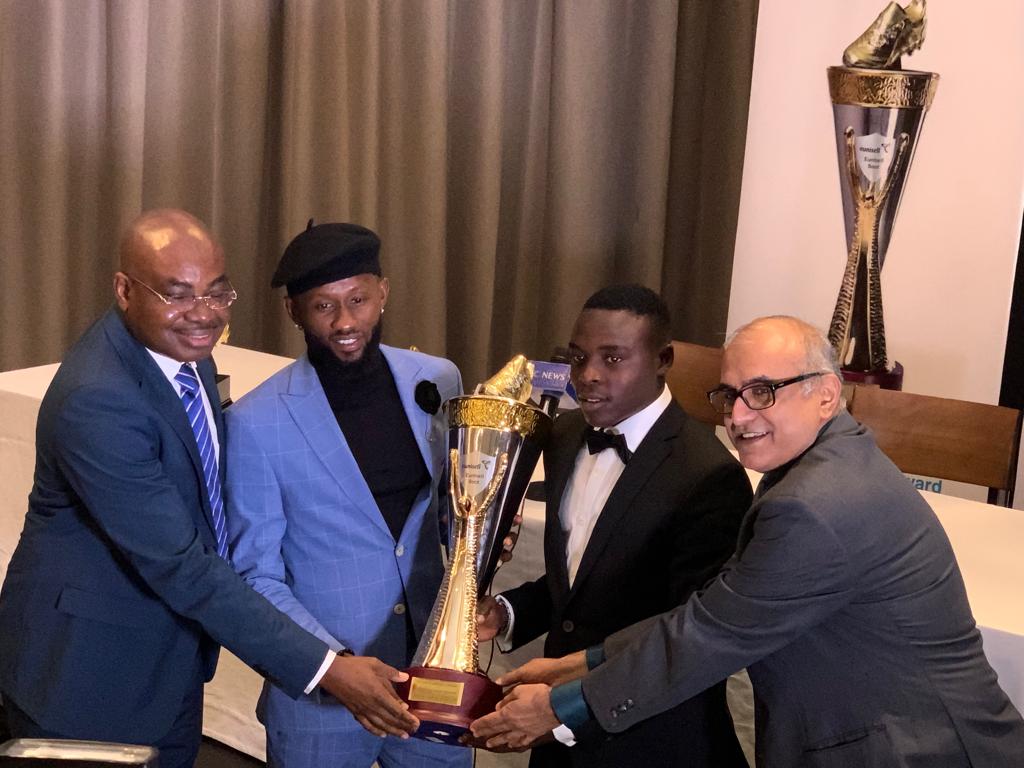 The 2nd edition of the Eunisell Boot Awards took place at the weekend in Lagos and saw Akwa United’s Sunusi Ibrahim and Nasarawa United forward, Mfom Udoh, the two highest goal scorers in the2018/19 professional football league in Nigeria, being rewarded with N2 million each and a golden trophy.
Speaking at the event, Chika Ikenga stated that Eunisell decided to do this to help in the development of the local league in Nigeria.
He stated that Eunisell recognises the importance of football to sports loving Nigerians, hence its involvement.
Ikenga said: “Eunisell’s involvement in the NPFL is aimed at bringing professionalism to the league; rewarding the highest goal scorer, thereby gearing them to do more.
“Besides football brings joy to Nigerians, it creates job, thereby helps to keep our youth out of trouble, and ones the youths are fruitfully engaged, they get a sense hope.”
Speaking further, Ikenga, who is the company’s Group Managing Director, said his firm hopes to ensure that stadiums in Nigeria record high number of spectators like those in Europe.
While congratulating the winners, Ikenga called on other cooperate organisations to get involved as there are various ways in which they can.
In their acceptance speeches, Sunusi and Mfom thanked the organisers for their gesture and promised work harder next season.