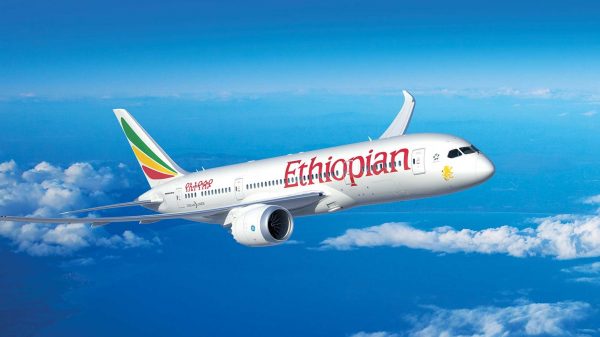 An Ethiopian Airline Boeing on Wednesday made an emergency landing at Senegal’s Diass airport shortly after take-off due to technical problems.
The Boeing 767-300 was scheduled to fly from Diass to Ethiopia’s capital, Addis Ababa, via Bamako in Mali on Tuesday, Ethiopian Airlines said in a statement.
According to information provided by the German-based Jet Airliner Crash Data Evaluation Centre, one of the plane’s two engines had encountered a problem and a fire had broken out.
JACDEC said about 10 minutes after take-off, the plane landed safely back at Diass airport, where the fire was quickly extinguished.
Ethiopian Airlines confirmed a similar incident in flight ET 908 on Tuesday, without going into the circumstances of the incident.
In March, an Ethiopian Airlines Boeing 737 MAX 8 crashed in Ethiopia shortly after taking off from Addis Ababa, killing all 157 people on board.
This followed an earlier crash in Indonesia in October that also killed 189 people.
As a result, the 737 MAX has been grounded worldwide.
dpa/NAN.

Over 100 schools in Moscow being checked for bombs