Establishing national airline not a priority of my government – Buhari 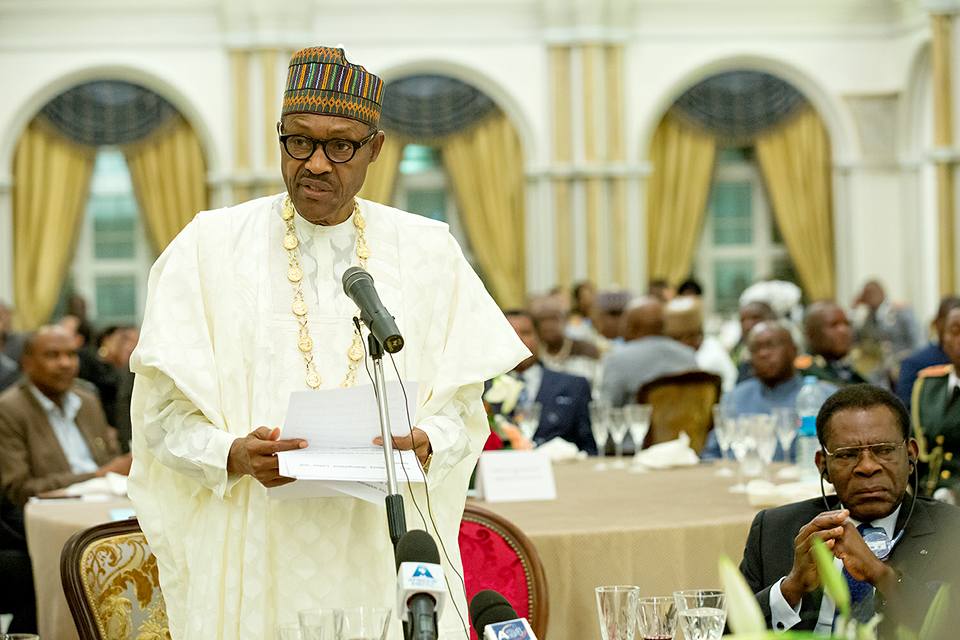 President Muhammad Buhari has said the establishment of a new national airline was not currently on the Federal Government’s list of priorities.
Rather, Buhari said his administration’s main area of focus now was reducing the level of poverty in the country.
The President said these at an interactive meeting with Nigerians resident in Malabo, Equatorial Guinea on Tuesday.
There had been agitation for the establishment of a national carrier in the last couple of years.
This is more so that a Federal Government committee had concluded its report advising on the setting up of a national carrier.
But the President said on Tuesday that developing the infrastructure needed to boost production in all sectors of the economy and create more jobs for young Nigerians, as well as other actions that will directly improve the living conditions of ordinary Nigerians will continue to be prioritized by his administration.
President Buhari was responding to complaints by members of the Nigerian community about the absence of direct flights between Nigeria and Equatorial Guinea.
The President assured them that his administration’s war against corruption will remain “fearless, relentless and merciless”.
He added: “We will be merciless and relentless in pursuing all those who abused public trust.
|Nigerians will  see how some of the elite conspired to run the nation down.”