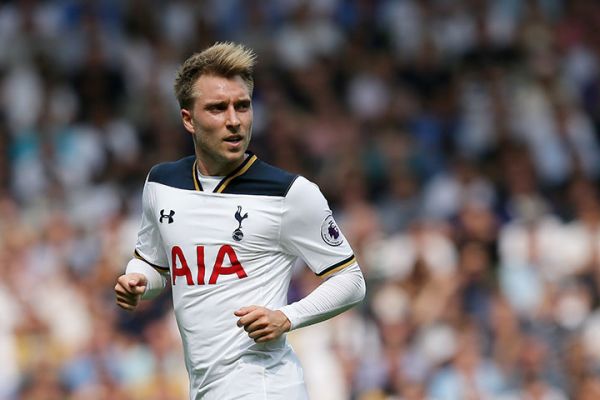 Christian Eriksen is set to be confirmed as an Inter Milan player on Tuesday.
Eriksen passed a medical on Monday night after arriving in Milan earlier that day ahead of his £17.5 million move from Tottenham.
The two clubs agreed a deal over the weekend and Eriksen is set to sign a four-and-a-half year deal worth an initial £130,000-per-week before tax.
Spurs remain in talks with PSV Eindhoven over a move to bring in Dutch forward Steven Bergwijn.
Spurs were previously keen on Bergwijn last summer but the two sides had a difference of opinion over his valuation.
PSV wanted £30 million while Spurs valued the 22 year-old, who can play right across the frontline, at around £15 million.
Spurs have identified Krzysztof Piatek as an ideal replacement for injured talisman Harry Kane.
Negotiations to reach a compromise this month are back underway though Bergwijn has already been given permission to travel to London ahead of an agreement being reached.
Spurs also still hope to sign a striker, following the loss to long-term injury of England captain Kane.
Their attempts to land AC Milan striker Piatek have been held by the Italians wanting an obligation to buy the 24 year-old in any deal,while Spurs only want an option.
Further complicating matters is the fact that cash-strapped Milan have offered Piatek to Chelsea in a bid to raise funds, with Atletico Madrid the likely destination of Frank Lampard’s preferred striker target Edinson Cavani.