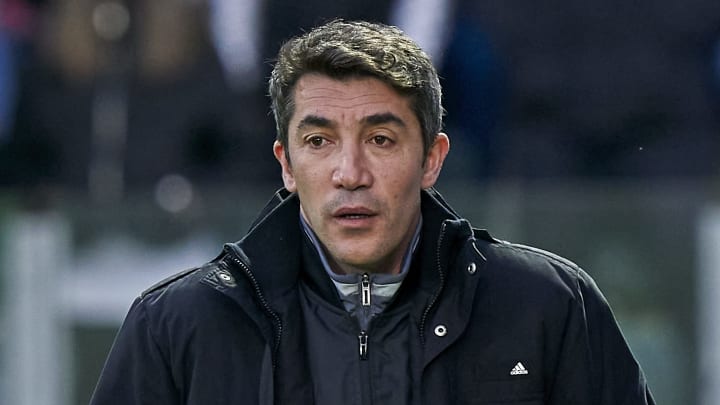 Share
Facebook Twitter LinkedIn Pinterest Email
Wolves vs. Brentford
Venue: Molineux
Kick off: 12:30PM
Wolverhampton Wanderers will be looking to make it back-to-back wins in the Premier League when they welcome Brentford to Molineux this afternoon.
Bruno Lage’s side, who sit 13th in the table, recorded a 2-0 win over Watford in their last league encounter, while 10th-placed Brentford suffered a 1-0 home defeat to Brighton & Hove Albion.
Wolves had suffered three straight 1-0 defeats to Leicester City, Tottenham Hotspur and Manchester United in their opening fixtures of the 2021-22 Premier League season, which meant that there was pressure on the team to deliver a positive result away to Watford last weekend.
As it transpired, two goals in the final 16 minutes of the contest, including one from new signing Hwang Hee-chan, saw Lage pick up his first points since being appointed head coach over the summer.
Wolves have therefore collected three points from their first four matches of the season to sit 13th in the table, and Lage will now view this game as the perfect chance to put another win on the board.
It is a busy end to the month for the former Championship winners, who will take on Tottenham in the EFL Cup on September 22 before travelling to Southampton in the league four days later, and it will be interesting to see where Lage’s side sit entering October, as the squad is full of quality.
Wolves are unbeaten in their last four matches with Brentford, recording three wins in the process, although today’s contest will be the first meeting between the two teams since January 2018.
Brentford, meanwhile, will enter this afternoon’s contest off the back of a 1-0 home defeat to Brighton & Hove Albion last weekend, with Leandro Trossard scoring a last-minute winner for the Seagulls.
The loss to Graham Potter’s side was a setback, but it has still been an encouraging start to the season for the promoted outfit, who opened their campaign with a 2-0 home success over Arsenal.
The Bees have also drawn with Crystal Palace and Aston Villa in their opening four matches, in addition to recording a 3-1 home success over Forest Green Rovers to progress in the EFL Cup.
Like Wolves, Brentford will be in EFL Cup action next week, taking on Oldham Athletic, but the Premier League will be regarded as the priority for Thomas Frank’s side, and they have the small matter of a home league game against Liverpool to end the month of September.
The Bees have not beaten Wolves since a Championship fixture in February 2016, but a lot has changed at both clubs since then, and it is set to be a fascinating battle between the two teams at Molineux this afternoon.
Wolves possible XI: Sa, Kilman, Coady, Saiss, Semedo, Neves, Moutinho, Marcal, Traore, Jimenez, Hee-Chan.
Brentford possible XI: Raya, Ajer, Jansson, Pinnock, Canos, Onyeka, Norgaard, Janlet, Henry, Toney, Mbeumo.
Brentford Bruno Lage The Bees Wolves
Share. Facebook Twitter Pinterest LinkedIn Tumblr Email