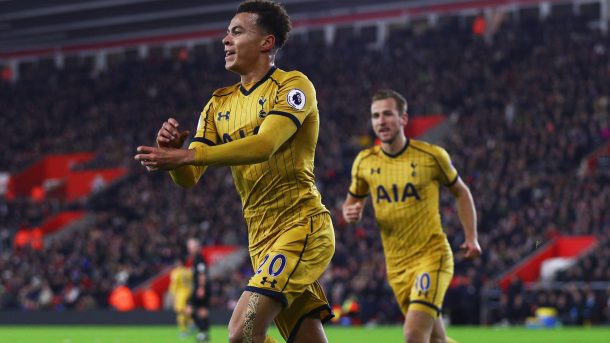 Wolverhampton Wanderers have moved into seventh place in the Premier League table courtesy of a 3-1 victory over Arsenal in Wednesday’s fixture at Molineux.

Nuno Espirito Santo’s side were three goals to the good by half time thanks to efforts from Ruben Neves, Matt Doherty and Diogo Jota, and Arsenal could only manage a consolation through Sokratis Papastathopoulos during the closing stages.

Arsenal were unlucky not to win a penalty during the early stages of the second half, but Unai Emery’s side could have no complaints as they failed to reclaim their place back in the top four.

The early minutes of the game at Molineux were played at a pedestrian pace, but Henrikh Mkhitaryan sent a sharp shot on the turn over the crossbar for the visitors.

Arsenal were dominating possession and appeared the more likely to take the lead, but Wolves soon found their groove to arguably put together their best 25-minute spell of the season.

Wolves eventually made the breakthrough through a set piece from Neves. It was in an ideal position for the Portuguese, and he capitalised by whipping a curling effort into the bottom corner of Leno’s net.

Doherty blazed over from 15 yards shortly after the opener, but Arsenal soon reminded their hosts that they remained competitive with Alexandre Lacazette sending a shot over the crossbar from an acute angle after beating two defenders.

Wolves reacted by doubling their advantage a minute later. An inswinging cross from Moutinho was perfect for Doherty, who beat Leno to the ball to head into an empty net from eight yards out.

The West Midlands outfit appeared to take their foot off the gas as half time approached, but Jota did not waste the opportunity to extend his team’s advantage in added-on time.

Lucas Torreira gave the ball away in midfield, and it led to the Portuguese breezing past Mkhitaryan before sending a shot under the body of Leno from inside the area.

Arsenal went on the attack after the restart with Nacho Monreal sending a long-range strike over the crossbar, but the visitors were unable to build on that opening with efforts closer to goal.

However, Wolves were fortunate not to concede a penalty just before the hour mark, with the referee waving away Arsenal’s appeals despite Bennett mistiming a challenge on Lacazette.

Wolves were content to sit deep and play on the counter, and that approach almost paid off at the beginning of the opening quarter with Jimenez firing wide of the far post after being found in space.

The game appeared to be over as a contest, but Arsenal found a way back into the match with 11 minutes remaining as Sokratis powered a header past Rui Patricio after meeting a corner.

The Gunners penned Wolves back into their own half for much of the closing stages, but Nuno’s men were able to comfortably see out the remaining minutes to boost their chances of qualifying for next season’s Europa League.