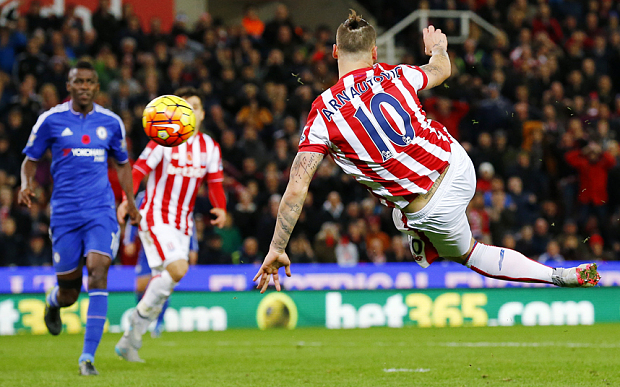 West Ham United picked up their first win under David Moyes by upsetting Premier League champions Chelsea 1-0 at the London Stadium on Saturday.
Marko Arnautovic’s early strike stopped the Irons’ winless top-flight run at eight and dealt the Blues another hammer blow in their title defence.
West Ham started brightly and took the lead on six minutes through Arnautovic’s first goal since his big-money arrival from Stoke City in the summer.
The Austrian exchanged a quick one-two with Manuel Lanzini on the edge of the box, span away from Andreas Christensen and placed a left-footed shot into the bottom corner.
The in-form Eden Hazard was kept quiet in the opening 45 minutes aside from one half-chance when he dragged a left-footed volley wide from 12 yards out.
Antonio Conte made all three of his three substitutions before the 65th minute mark, but none of Pedro, Victor Moses or Willian made them a greater attacking threat.
It was not until the final 10 minutes that Chelsea really pushed for an equaliser, with Morata missing their clearest opportunity seven minutes from time.
Hazard came close soon after with a rising left-footed shot, but Chelsea sunk to a first league defeat since October, and fifth London derby loss already of Conte’s tenure.