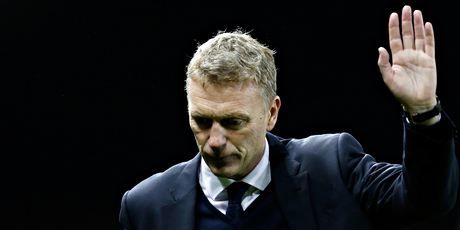 West Ham United will look to build on their improved performance against Manchester City when they welcome Chelsea to the London Stadium this afternoon.
The Hammers lost their ninth Premier League game of the season against City last weekend, but David Moyes will have taken plenty of positives from the 2-1 defeat as he looks to steer the club away from the relegation zone.
It was never going to be an easy task for Moyes. The Scot was not exactly a popular choice with the West Ham fans, and the team have taken just one point from four matches with the former Manchester United boss at the helm.
They were thumped 4-0 at Everton on November 29, but there were signs of life last weekend as they suffered a narrow 2-1 defeat at City. It is now eight games since West Ham last won in the Premier League though, which is a run of form that stretches back to the end of September.
Indeed, a total of 10 points from 15 matches has left the London club in 19th position in the Premier League table. They have only won twice in the league this term, and also have the worst defensive record having conceded 32 times.
A win over Chelsea this weekend could be a turning point though, and the Hammers have actually been victorious in two of their last three home games against the Blues in all competitions.
Chelsea however have almost been disregarded when it comes to challenging for the Premier League title this season, with many expecting Manchester United to run City the closest during the 2017-18 campaign.
The Blues are going along very nicely at the moment, however, with a total of 32 points from 15 matches leaving them in third spot in the table. They are only three points off second-placed United, but sit 11 points off City with Pep Guardiola’s side enjoying a quite remarkable start to the season.
The Manchester giants will lock horns at Old Trafford this weekend, and a win for Chelsea at West Ham would allow the Blues to close the gap on at least one of the top two approaching the busy festive break.
West Ham will be the fresher of the two teams though as Chelsea played in the Champions League on Tuesday night, with a 1-1 draw seeing the Blues finish second behind Roma in Group C.
Chelsea have actually lost two league matches at Stamford Bridge this season, but they have the second-best away record behind City. They have also shipped just five goals in their seven league fixtures on the road, which is an indication of the task facing West Ham this weekend.