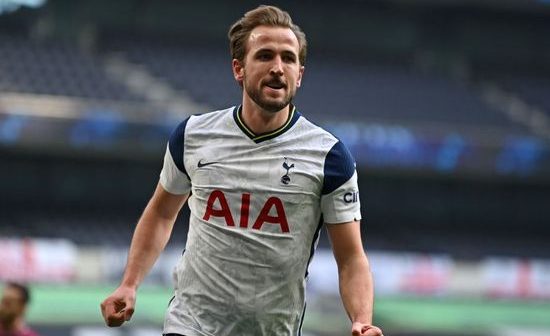 Tottenham Hotspur will be hoping to put their League Cup final heartache behind them and concentrate on qualifying for the top four when they host basement club Sheffield United in the Premier League this evening.

Spurs have won four of their last five league matches on home soil, while the Blades have claimed just four points from a possible 48 available on the road this campaign, the fewest in the division.

Tottenham’s wait to lift their first major trophy since 2008 goes on, as they narrowly lost 1-0 to Manchester City in the League Cup final last weekend.

Eight thousand fans were welcomed back to Wembley for the first English cup final of the 2020-21 campaign, which saw Aymeric Laporte head home the only goal of the game eight minutes from time, to help City lift the trophy for a record-equalling fourth time in succession.

The decision to sack Jose Mourinho – a manager who boasts an impressive track record in cup finals – and replace him with 29-year-old Ryan Mason was a gamble by Daniel Levy that did not pay off, although regardless as to who sat in the dugout for Spurs, defeating Pep Guardiola’s City side was always set to be a difficult challenge.

Tottenham – who have now lost six of their last seven domestic cup matches at Wembley – rarely threatened City throughout the 90 minutes, striking just two shots on goal, in stark contrast to the 21 attempts that Guardiola’s men had. However, Mason was not to blame according to Jamie Carragher, who claimed that the players “lacked courage” and “bottled it” in the final.

Courage is one attribute Spurs now need if they are to have any chance of sneaking into the top four; they currently sit in seventh place, five points behind London rivals Chelsea, who occupy the final Champions League position, with only five games remaining.

Tottenham have relied heavily on the brilliance of Harry Kane this campaign, but they were able to cope without him for their last Premier League match when they came from behind to beat Southampton 2-1, thanks to a strike from former Saints man Gareth Bale and a late penalty converted by Son Heung-min.

Kane, who has been involved in 34 goals in 30 Premier League games this season, will be available this afternoon and is sure to be a key figure spearheading the attack as they head down the home straight.

Three of Tottenham’s last five league games are on home soil, where they have won four of their last five matches, scoring 13 goals in the process. In addition, Spurs have scored at least once in each of their last 10 top-flight fixtures, the longest current run in the competition.

Mason is under enormous pressure to spark an immediate revival at Spurs and a victory on Sunday against the league’s lowest ranked side is imperative if their hopes of Champions League football next season are to stay alive.

The confirmation of Sheffield United’s relegation from the Premier League seemingly lifted the weight off of their shoulders last weekend, as they claimed a 1-0 victory over Brighton & Hove Albion at Bramall Lane.

David McGoldrick capitalised on Brighton’s calamitous defending inside the area to sweep home his seventh goal of the season after 19 minutes, which proved to be enough for the Blades to claim just their fifth league win this campaign.

Interim manager Paul Heckingbottom, who recorded his first points since replacing Chris Wilder in March, was pleased to see the “willingness” and “fight” that the players showed, even though their fate had already been sealed and he is now “determined to enjoy” the final five games in the top-flight.

Sheffield United kept only their third clean sheet all season against the Seagulls, although goalkeeper Aaron Ramsdale travels to Spurs having failed to keep a clean sheet in any of his last 26 away starts in the Premier League. If the 22-year-old fails to do so today, it will be the longest such run by a goalkeeper in the competition’s history, beating the record held by former West Bromwich Albion stopper Russell Hoult between 2003 and 2005.

The Blades are winless in all four of their Premier League away games against Tottenham, although they did draw their last meeting 1-1 at White Hart Lane in November 2019, with right wing-back George Baldock scoring his first Premier League goal that day.

Sheffield United have lost all five of their league games in London this season by an aggregate score of 12-2; their last win in the capital was in February 2020 when they secured a 1-0 victory at Crystal Palace.

Claiming all three points against a Spurs outfit fighting for the top four is unlikely, but Heckingbottom will be keen to make sure that his players replicate the fight they showed last weekend.