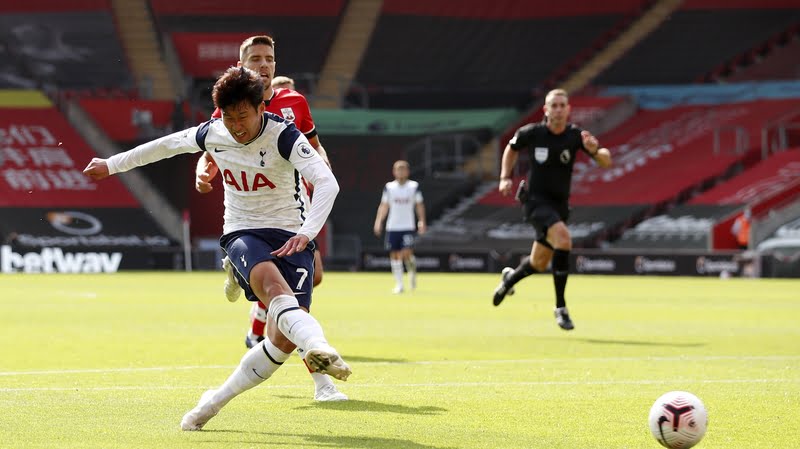 Son Heung-min showed that he has no intention of losing his shirt to Gareth Bale after firing four goals in Tottenham’s 5-2 win at Southampton.

Harry Kane assisted all four goals and then added one of his own at the end and the prospect of adding Bale to that front line will have Spurs fans licking their lips and leave Premier League defences with sleepless nights.

Spurs fell behind to a Danny Ings goal that showed exactly why Spurs are interested in signing the striker, but then it became the Son show, with Kane as his able understudy.

He equalised on the stroke of half-time and then scored three after the break – to claim his first Premier League hat-trick – before Kane got his deserved goal in the final 10 minutes.

The win kick-started their Premier League campaign after a defeat to Everton last week and was the perfect follow-up to the excitement brought by Bale’s return.

Southampton completely capitulated after the break having been by far the better side in the first half and they have now lost all three of their games this season.

Spurs thought they had made the perfect start as Kane but the ball in the back of the net in clinical style in the third minute, but VAR ruled Son offside in the build-up.

Hugo Lloris made a brilliant reaction stop to keep out Che Adams, before Ings then had a goal chalked off for handball after Lloris had made a mess of clearing a ball.

Southampton eventually got their reward in the 32nd minute and there was an inevitability about Ings being the man to get the goal.